The notorious Amanda Knox trial was a saga which dominated headlines globally. Now, almost a year and a half after Knox's second conviction was overturned the case has been turned into a Netflix documentary.

In 2007 Knox was arrested with her then-boyfriend Raffaele Sollecito accused of the murder of Knox's friend, 21-year-old Meredith Kercher. Knox would go on to spend four years in jail before being released by the Supreme Court of Cassation, the highest court in Italy.

'Amanda Knox' explores all the details and the way the media reported the case in a sensationalist manner, preferring to look at the sex and drug life of Knox rather than the facts. 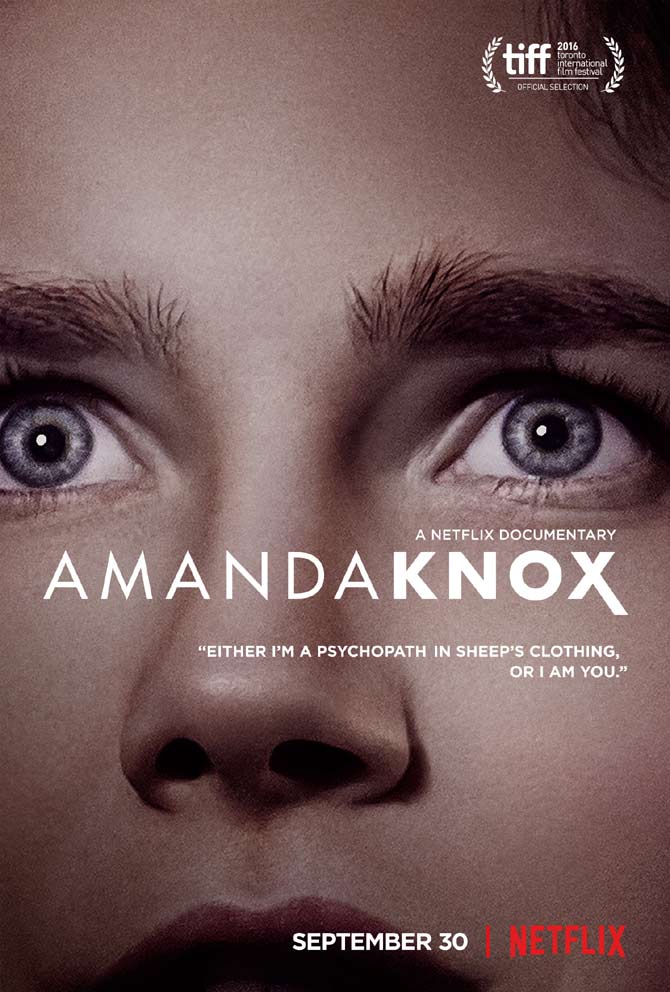 As documentary co-director, Rod Blackhurst, explained to PEOPLE, "The people at the heart of this story had kind of been turned into these entertaining and salacious headlines... we wanted to understand who these people actually were as individuals and what it was like for each of them to be caught up in these events and circumstances."

The labels crafted by the media are discussed in the documentary frequently with Knox quipping at one point, "either I am a psychopath in sheep's clothing, or I am you."

The documentary also allows others to make their claims of what happened that night with Sollecito also interviewed. But the 'did she/didn't she' debate is always constant and an answer is never fully given.

But perhaps the most interesting aspect of the documentary comes from the prosecutor for the case Guiliano Mignini. During the documentary he explains just why he believed Knox and Sollecito were guilty, attributing many facts including a broken window looking staged and a comforter used to cover the body of Kercher ("a woman who has killed tends to cover the body of female victims").

During the documentary he alleges that Knox killed Kercher after she walked in on Knox, Sollecito and Guede (who was convicted of murder after finding DNA at the scene) taking part in a sex game ("She must have scolded Amanda for her lack of morals"), describing "pleasure at any cost. This is at the heart of most crimes".

Fellow director Brian McGinn finally detailed just why Knox, Sollecito and Mignini felt the need to take part, saying: "[Knox and Sollecito] decided it was beneficial for them to tell their side of the story and after they were finally acquitted by the Supreme Court in 2015. And that's when Giuliano Mignini felt like his side of the story was not being heard."

Amanda Knox Ignores Paparazzi As She Arrives At ABC Studios

Deanna Knox Thankful That Sister's Nightmare Is Over

Amanda Knox Escorted Out Of Court After Hearing Verdict