Amanda Holden could be set to leave her judge’s chair on ‘Britain's Got Talent’ and return to South Africa for a revival of ITV drama ‘Wild at Heart’. Holden left the show in 2008, with her character Sarah Trevanion being shockingly burned alive, but Holden says she’s been approached by producers to who are planning to revive the show. 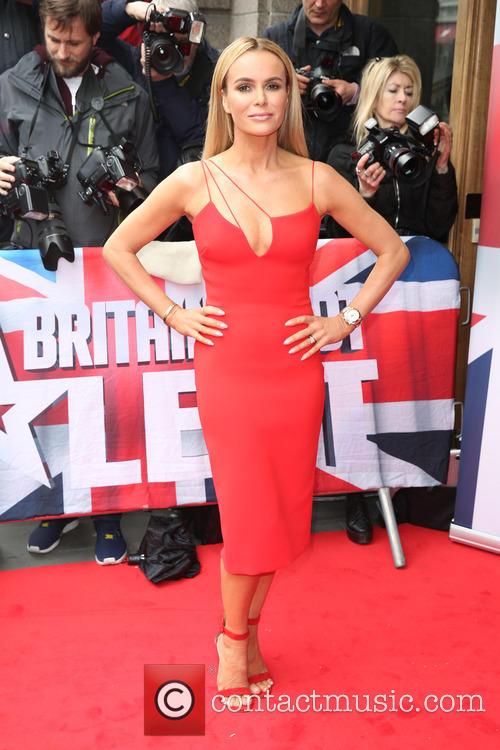 Is Amanda Holden set to return to ‘Wild At Heart’?

Holden told The Sun: "I went out in spectacular fashion. I was burned to death. But now I think they’re thinking of bringing it back. The producer told me: 'We never found your body!’. I’m like: ‘Film it in Cape Town and I’ll come back!’”

More: Amanda Holden Reveals She Once Went On A Date With Simon Cowell

“It’d be like Bobby Ewing in the shower [in Dallas] – I’ll bob out of the bush having been nurtured by a family of cheetahs.” Holden went on to say that it was her role on the show that landed her a judging gig on ‘BGT’ after she caught Simon Cowell’s eye.

"Simon said one of the reasons they wanted me was because I was in ‘Wild At Heart’, which was the number one show on TV then," Holden said. "But when I got 'Britain’s Got Talent' and had my daughter Lexi, I had to give up ‘Wild At Heart’.”

Holden has been a judge on ‘Britain’s Got Talent’ for 10 series now and is the panel’s longest serving member. Last month the 45-year-old revealed she never expected to last so long on the talent show.

"It’s more of a surprise to me than anyone else that after ten years I’m still here,” Holden told the Daily Mail. “I went into it thinking it would be one show and that was it. I never expected to love it as much as I do.”