The judges' choice of outfits got some a bit hot under the collar when the final went out live back in May.

Ofcom has decided that the revealing dresses worn by Amanda Holden and Alesha Dixon during the final of ‘Britain’s Got Talent’ last month are not worthy of further investigation, ruling that the outfits “appropriately covered” the two judges.

The final, broadcast live on ITV on May 31st, drew 89 complaints to the media regulator about the female judges’ choice of outfits that they felt were unsuitable for a pre-watershed programme. Holden’s blue dress featured a plunging neckline, as did Dixon’s slightly tighter-fitting black one. 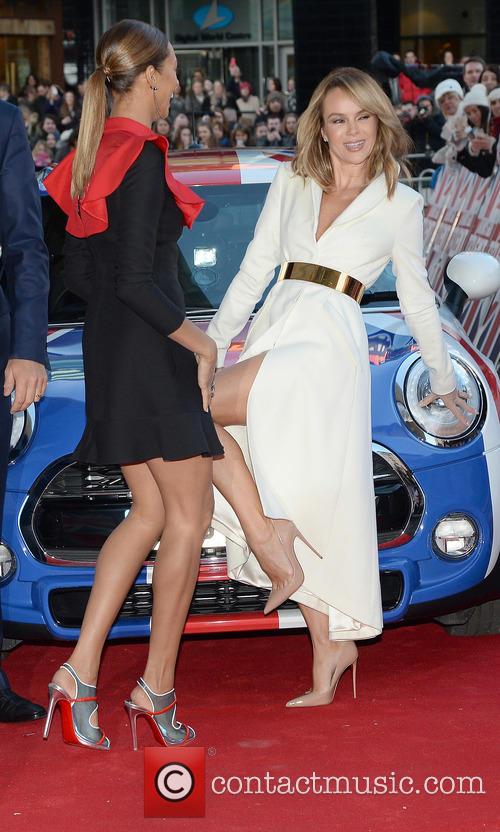 Alesha Dixon and Amanda Holden arriving at 'BGT' in January 2015

Over 100 viewers also contacted the broadcaster to voice their complaints. Ofcom has been assessing the claims throughout most of June, but has determined that there was no breach of broadcasting regulations because the outfits were not sexualised, and that a formal investigation is not necessary.

More: David Walliams penning a sitcom based on ‘Britain’s Got Talent’ – but which judges will appear?

“We assessed a number of complaints about the clothing worn by two female judges being unsuitable before the watershed, but won’t be taking the matter forward for investigation,” said an Ofcom spokesman. “In our view, the dresses appropriately covered the judges and they were not portrayed in a sexualised way.”

Holden, 44, spoke rather bluntly about the Ofcom complaints earlier in June, telling The Sun: “I don't give a s***. It's important we listen to everyone's voice but 50 complaints in 10.5million viewers is a 0.000005 per cent share. Plus, I think an Amanda Holden Chest Appreciation Society would have more than 50 members.”

11.7 million viewers tuned in to watch the final of ‘BGT 2015’, which went out at 7:30pm, one and a half hours before the watershed. The competition was won by Jules O’Dwyer and her trick-performing dog Matisse – though some controversy emerged afterwards when it was discovered that a ‘stunt dog’ had been used to help perform one of the tricks.