Some viewers complained that the judge’s outfits were too revealing on the May 23rd broadcast.

Media watchdog Ofcom has ruled that they will not be investigating ‘Britain’s Got Talent’ over the revealing dresses worn by judges Alesha Dixon and Amanda Holden on the May 23rd semi-final. It’s the second time in less than a year the ITV talent show has been cleared by Ofcom over the judges’ wardrobe choices. 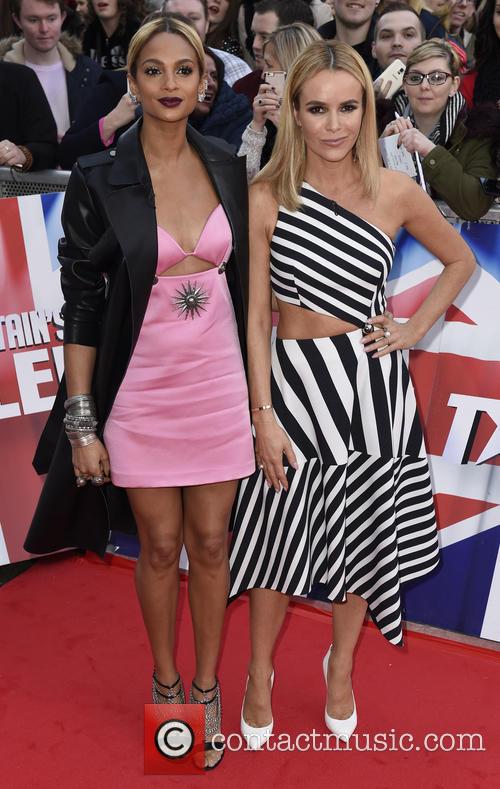 ‘Britain’s Got Talent’ is in the clear over Amanda Holden and Alesha Dixon’s outfits.

Holden’s yellow gown, which featured a plunging neckline and Dixon’s black and sheer jumpsuit prompted 19 complaints from viewers who found the outfits a little too revealing for the pre-watershed broadcast.

But after assessing the complaints Ofcom has ruled that a full investigation is not needed as the show did not breach the broadcast code. “We assessed a number of complaints about the suitability of clothing worn by two female judges before the watershed, but won’t be taking the matter forward for investigation,” a spokesman for Ofcom said.

“The dresses worn by the judges did not raise issues under our rules on nudity, and the judges were not portrayed in a sexualised way.” It’s exactly the same ruling that the watchdog gave last year when viewers complained about the two women’s outfits for the May 31st final.

More: Alesha Dixon Slammed For 'Racism' During 'Britain's Got Talent'

Speaking about the complaints last year Holden said: "I don't give a s**t. It's important we listen to everyone's voice but 50 complaints in 10.5million viewers is a 0.000005 per cent share. Plus, I think an Amanda Holden Chest Appreciation Society would have more than 50 members."