Things didn't work out between the pair, but they’ve now worked together on ‘Britain’s Got Talent’ for 10 years.

Amanda Holden has revealed she once went on a date with Simon Cowell, when the pair were both single. Holden, 45, has been a judge alongside Cowell on ‘Britain’s Got Talent’ for 10 years now and says the music mogul always tells her he’s responsible for making people like her, something which she doesn't dispute. 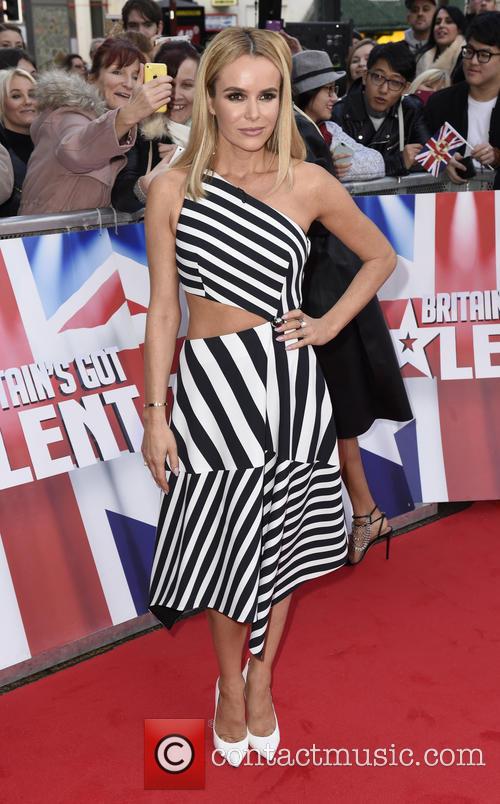 Amanda Holden once went on a date with Simon Cowell.

“A very long time ago, when we were both single, we went out on a date but I pre-ordered a cab to come and get me at 10.30pm, which made him laugh and he never forgot that,” Holden told The Daily Mail.

“Simon always tells people he hired me because he fancied me but that’s absolute nonsense. He doesn’t go for blondes,” she added.

Holden first became a household name when she married Les Dennis, but in 2000 her marriage fell apart when it was revealed she’d been having an affair with actor Neil Morrissey.

“The reason why I will be forever loyal to and forever friends with Simon is that by him giving me that job on ‘Britain’s Got Talent’, I got to be myself on television and people could judge who I was and make their minds up for themselves.”

“I had a terrible image, and while it didn’t stop me working as an actress, BGT completely changed that. Simon always tells me he is responsible for making people like me. Of course I hate him saying that, but it’s true.”

More: 'Britain's Got Talent' In The Clear Over Amanda Holden's And Alesha Dixon's Dresses

While Cowell has made numerous line-up changes to the judging panel on both ‘Britain’s Got Talent’ and ‘X Factor’, Holden has been able to keep her chair on the ITV talent show for a decade.

"It’s more of a surprise to me than anyone else that after ten years I’m still here,” Holden added. “I went into it thinking it would be one show and that was it. I never expected to love it as much as I do.”