ITV received criticism for the revealing dresses the two judges were wearing during Sunday night's live final of 'Britain's Got Talent'.

‘Britain’s Got Talent’ judges Amanda Holden and Alesha Dixon are in hot water for their choice of clothing for the show’s final on Sunday night, after almost 200 people complained that their garments were too revealing for a pre-watershed programme.

Both judges were wearing revealing outfits with plunging necklines for the final, which went out at 7:30pm on ITV, well before the 9pm watershed. Media regulator Ofcom received 90 complaints, while the broadcaster itself had 100 people raise concern with the amount of flesh on show. 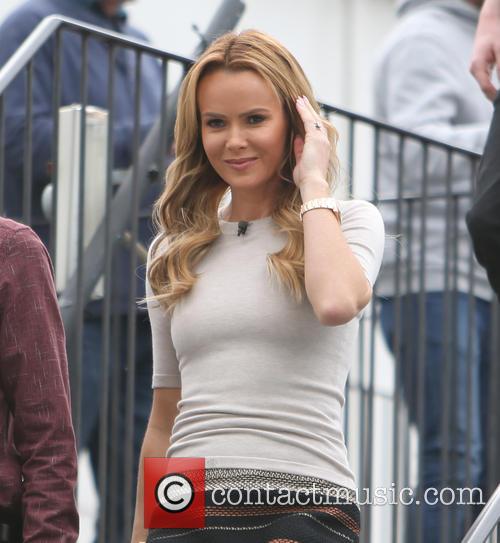 “Ofcom has received 90 complaints about the presenters’ clothing on ‘Britain’s Got Talent’ on ITV,” said a spokesman for the regulator. “We will assess these complaints before deciding whether to investigate or not.”

More: Was Simon Cowell hypnotised by a dog on ‘Britain’s Got Talent’?

Holden had tweeted a picture of herself wearing her dress just before the show went out, saying that it was inspired by the movies Cinderella and Frozen.

It’s not the first time that a choice of clothing has sparked outrage this year. Back in January, pop star Rita Ora provoked nearly 500 complaints when she appeared on BBC’s ‘The One Show’ wearing a white blazer jacket that left little to the imagination.

ITV also received complaints about its coverage of the Brit Awards in February, after the heavy censoring of Kanye West’s performance led a large number of people to complain – some about the confrontational nature of Ye’s stage show, and some arguing that it shouldn’t have been muted at all!

11.7 million viewers tuned in to watch Jules O’Dwyer and her dog Matisse win ‘BGT 2015’, along with the help of a three-legged doggie sidekick. This was over a million more than watched last year’s final, making it the most-watched TV event of 2015 so far.