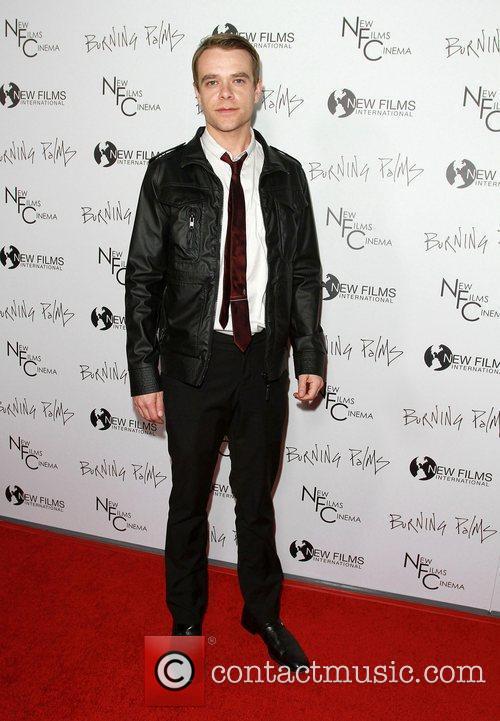 Nick Stahl, before he scurried off to Skid Row... for ages...

Ok, admittedly, he may have ended up being known as ‘that actor that got lost on Skid Row for a bit’ but Nick Stahl’s personal drama got our pulses racing when it was actually happening, back in June. The Terminator 3 actor’s spiral of descent began in May, when he was last seen drunk in a downtown LA bar and then disappeared, believed to be in the run-down area of the city known as Skid Row; a haven for drunks and junkies. His disappearance was more widely reported than his discovery; Stahl did eventually make contact with his family, on July 21 and he has reconciled with his family, whilst attending AA. 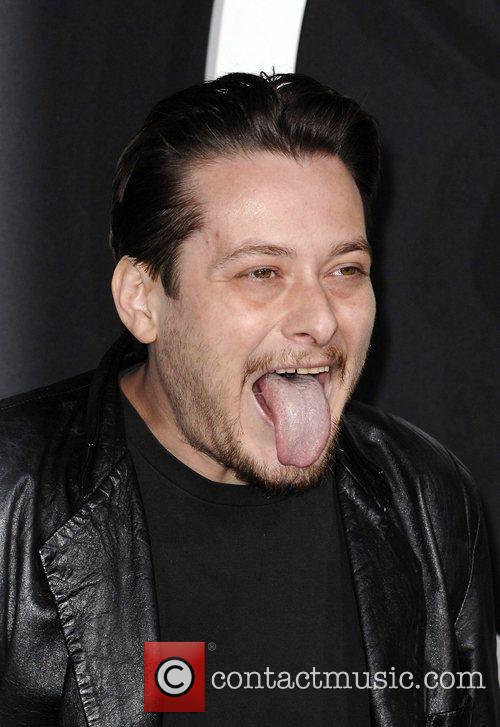 Hungry for drugs..? Just what WAS Edward Furlong doing on Skid Row when he got mugged?

In a story line that bizarrely parallels the previous one, another troubled Terminator actor – this time Edward Furlong – also got himself into a spot of bother on Skid Row, when he got mugged there back in August. Quite what Furlong was doing on Skid Row is anybody’s guess, but given the kind of year he’s had, it doesn’t really take much detective work. After a long period of struggling with substance abuse, the former child star was arrested back in October for domestic violence and has now learned that he is not allowed to spend time with his son unsupervised, after the six year old boy tested positive for cocaine. 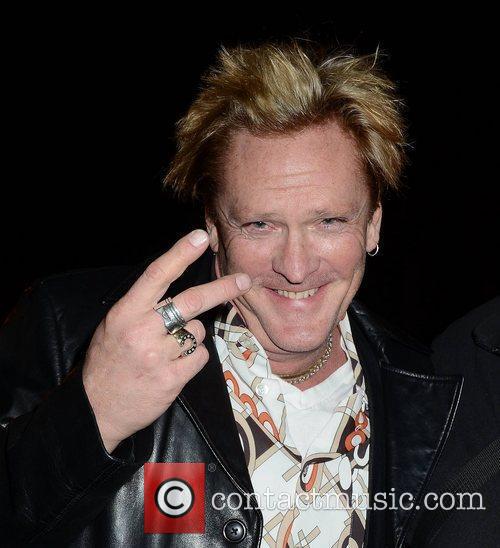 It’s been a shameful year for Madsen. And no, not because he appeared on Celebrity Big Brother in the UK. Not only did he make that schoolboy celebrity error of believing that having a recognisable visage somehow makes you impervious to drink drive laws, but he also got himself charged with Child endangerment, with cruelty to a child. The charges came after he brawled with one of his sons at his Malibu home and although Madsen called the whole thing “a big misunderstanding,” we know Madsen didn’t get his bad boy rep for nothing. 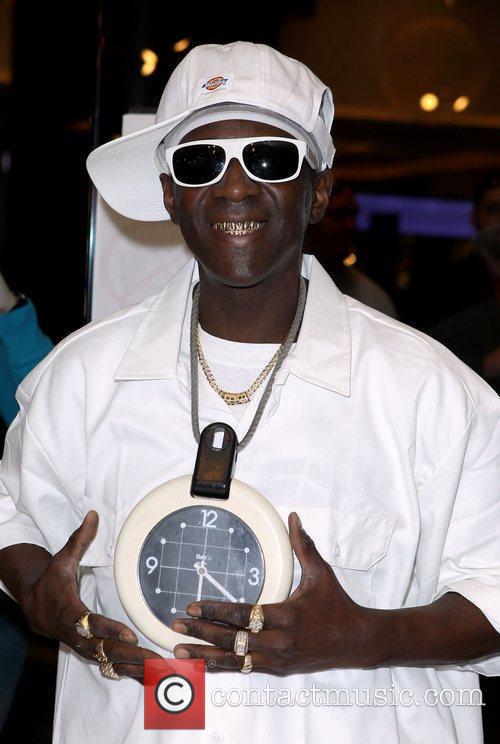 What time is it? Time to start behaving, Flav!

Nope, this isn’t about the embarrassing moment, caught on camera, when Flavor Flav mistook Miley Cyrus for Gwen Stefani. The Public Enemy star got himself into some far worse trouble this year when he assaulted his fiancée Elizabeth Trujillo and her son, aged 17. No stranger to a pair of handcuffs, Flavor Flav was arrested and charged with assault with a deadly weapon and battery and found himself jailed. Seriously bad form from Flav, there; he’d already been flung in jail for failing to turn up to a court custody hearing earlier in the year, he could find himself doing a much longer stint if he doesn’t straighten out. 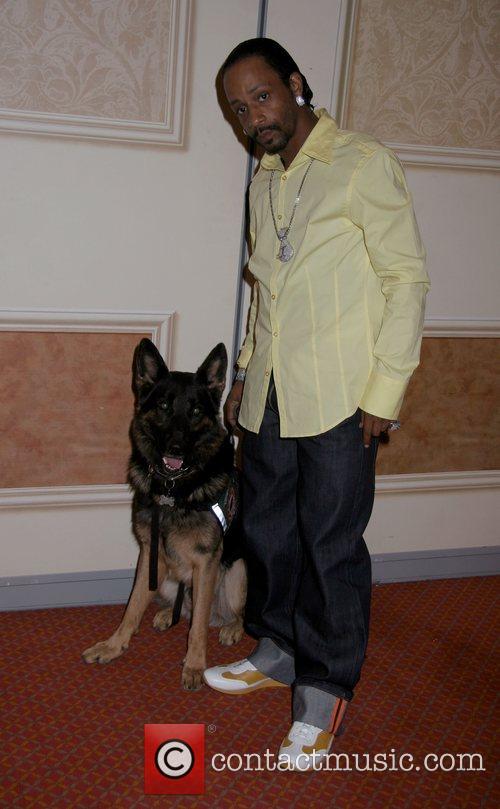 There’s nothing the casual celebrity observer likes more than a celebrity meltdown that shows no signs of stopping. The comedian Katt Williams came good on that score towards the latter end of 2012. First, he was questioned by cops in October in relation to a gun crime, then it was reported he was facing a multi-million dollar lawsuit when his former assistant accused him of assaulting her… THEN… he was arrested for battery after brawling in a sports bar. OK. Pause for breath, because it doesn’t end there. Later in November, he threatened to cancel a show after he was arrested when an audience member accused him of hitting him over the head with a bottle. The same show landed him with another lawsuit from a disgruntled customer. His bad mood never lifted and he was caught on camera slapping an employee at Target. If only that was the end of it, but after announcing he’s leaving comedy, saying he’s serious about leaving comedy and then saying he was joking about leaving comedy, we’d almost got tired of hearing about Williams. Then he got arrested again. Then he hit an audience member with a microphone. If there was an award for stamina in bad behaviour, it would go to Katt. At this rate, he’ll be up to number 8 in 2013’s Fall From Grace list… Angus T Jones with his co-stars there... before he told everyone to stop watching the show

Despite making a reported $350,000 per episode of Two and a Half Men, Angus T Jones saw fit to publicly denounce the show and urge people to stop watching in. In an interview with Christopher Hudson of the Forerunner Chronicles Christian Group, Jones categorically told viewers to stop watching Two and a Half Men and described how he had found religion, which seemed to have taught him, mainly, that watching TV does bad things to your brain. The best thing to come out of the whole debacle, which eventually saw Jones going cap in hand to his employers and apologising, was the spoof of the interview, filmed by Rainn Wilson as a promo for the new series of The Office. Doesn’t detract from the fact that Jones just plummeted right down in everyone’s estimations, but gives us something else to laugh about. 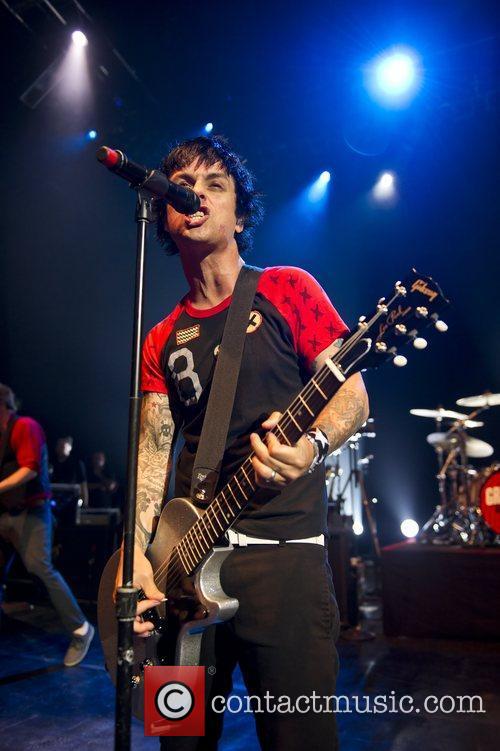 Gotta feel bad for Billie Joe Armstrong, of Green Day. Just as his band start touring, after a gruelling recording process, which resulted in three albums the band intended to release in quick succession, Billie Joe suffers an onstage meltdown and gets whisked to rehab. It was a little known fact that BJA was even dealing with any kind of substance abuse problem but he fell pretty hard off the wagon when he launched into an abusive tirade at the iHeartRadio music festival in September after being sober for a year. The album releases stayed on schedule but tour dates were cancelled as Billie Joe’s band mates await news of his recovery. 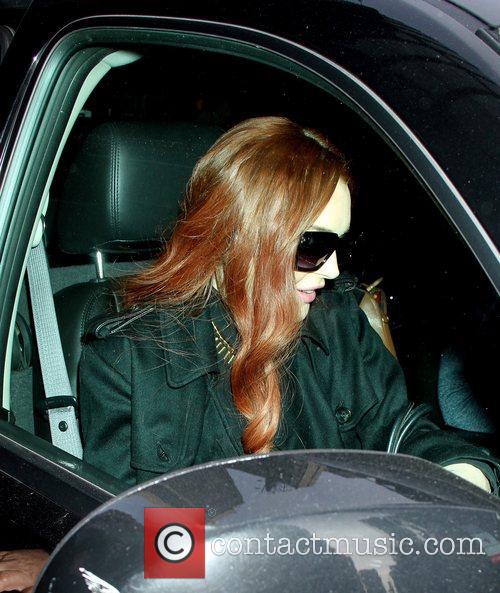 Lohan in the passenger seat... where she belongs...

Oh come on, you must have been expecting her somewhere up here in the Top 3, right? In fact we’ve only kept Lohan off the top two spots because a) she did actually manage to stick to her probationary terms for the best part of the year and b) even our cold, scandal-loving hearts, we are willing to admit that not all of the accusations levelled against Lohan may have been entirely fair. There’s still plenty that she’s guilty of though, first of all, an apparent lack of regard for her own reputation and an utter failure, despite everything that’s happened to her, to realise that if she does something naughty, it’s going to be 545 times worse than if a member of the public does it because we ALWAYS find out. Will Lohan ever learn to behave? Not if the list of offences of the last few months are anything to go by… there’s been car crime, brawling, losing her possessions after failing to pay for storage, falling out with her family, failing to thank Charlie Sheen after he gave her $100,000 to pay off her debts… er, we’ve all been there, right…? Right? 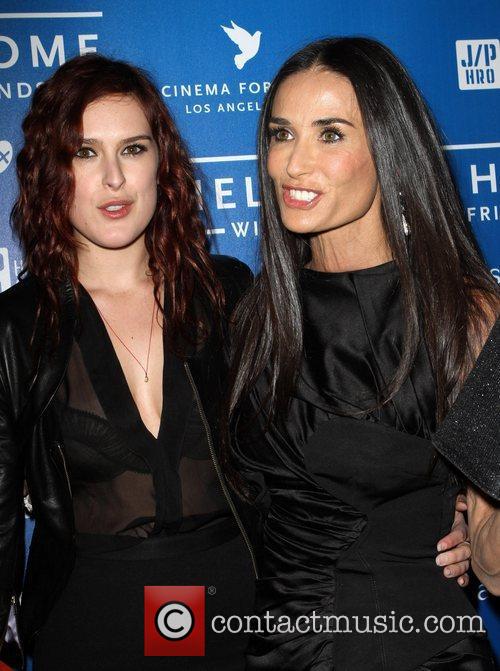 Rumer holds on tight to mum, Demi Moore, there, to stop her causing trouble

OK, we feel sorry for Demi Moore. She got unceremoniously cheated on by her toyboy Ashton Kutcher and had a pretty hard time getting over it, ended up in rehab for ages and to be fair, she kept a pretty low profile for a while whilst she pieced her life back together, but by gosh, she’s come back on a real mission to show that hell hath no fury (and, indeed no potential for mockery) like a woman scorned. We can only imagine how her kids must be wincing to watch her mother grinding on the dancefloor at the latest celebrity bash, trying to attract the attention of Lenny Kravitz (or, indeed, anyone that happens to be a hell of a lot younger than her) and snaring herself a 26 year old boyfriend for a few months (that’s just two years older than her eldest daughter, fact fans!). Oh and her behaviour regarding her divorce has been particularly ungracious, so far – we’re expecting that to get a whole lot worse. 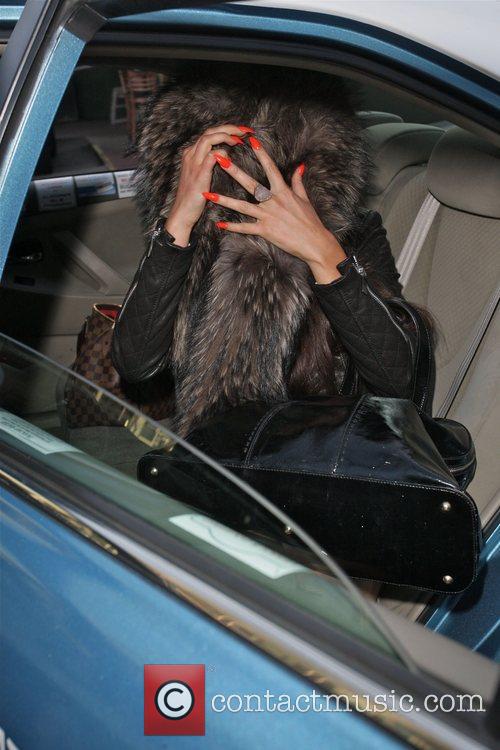 A classic 2012 pose for Amanda Bynes... hiding her shame

There was simply no way that we could award this year’s top accolade for falling from grace to anyone except the former Nickelodeon star Amanda Bynes. Her spectacular journey though madness kept us on our toes for weeks on end earlier this year. She started out with the usual child-star-gone bad behaviour, which inevitably involved the odd hit and run charge, a touch of driving under the influence, of course. Amanda decided not to stick to that script though and instead chose to expand her repertoire of odd behaviour by acting strange in a spinning class, locking herself in a clothes shop changing room for hours, and, erm, pinching a paparazzi photographer. In your bid to become the next Lindsay Lohan, in all the worst ways possible, Amanda Bynes, we salute you.