'Easy A' actress Amanda Bynes says she will sue the New York Police Department (NYPD) after she was arrested last week and charged with evidence tampering, reckless endangerment and marijuana possession. 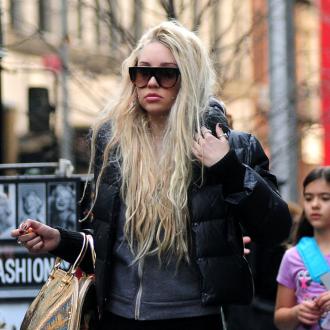 The 26-year-old actress was charged with attempted evidence tampering, reckless endangerment and marijuana possession in court last week, after being arrested at her New York City apartment, but Amanda insists she did nothing wrong and was unfairly targeted by police.

In a lengthy rant on Twitter, she wrote: ''For once and for all, this is the last thing I'll say about the mistaken arrest. I'm suing NYPD for illegally entering my apartment, lying about drugs on me and lying about me tampering with non existent drug paraphernalia, then I'm suing for being put into a mental hospital against my will, then locked up overnight for coming home after a facial and working out with my trainer like the good girl that I am. I'm allergic to alcohol and drugs and don't partake in any of the above.

''I'm so offended by all of this but so proud to not be a drug or alcohol user. I don't need to talk about this anymore. My lawyer and I are taking this offense so seriously! Everything they did was against the law and The judge saw that there was no drugs on me or proof of any type of bong or mental illness (I was so offended to even be taken to a mental hospital and they would not let me call my lawyer until the next day after being in jail all night, then I went to court and was immediately released because the judge saw that I was wrongly arrested. The cops found no proof of any type of drug use or evidence of drug paraphernalia such as a bong in or around my apartment) (sic).''

Amanda also insisted she is suing her apartment complex management and bizarrely revealed her plans to become a rapper.

She added: ''I'm also suing my apartment complex for lying about me smoking in my building. I'm free forever! You can't lock up an innocent person! Thanks for caring! Look forward to seeing me in music videos! I'm getting in shape and getting a nose job! I'm looking forward to a long and wonderful career as a singer/rapper! (sic).''