Can Amanda Bynes Recover Her Career And Make A Comeback?

With her personal life getting back on track, can Amanda Bynes make a career comeback?

Last year Amanda Bynes’s career and personal life was in turmoil, the former Nickelodeon star was in the midst of a very public fall from grace which cumulated in her her being put under a psychiatric hold. Now the actress’s mother has come out and said her daughter is not battling schizophrenia or any other mental health issue, as had been reported. Instead Lynn Bynes told Us Weekly, in a statement through her attorney, that Amanda’s erratic behaviour was due to her being under the influence of marijuana at the time. What ever the cause of Amanda’s problems last year, the young star does seem to be on the road to recovery, but can she make a career comeback?

Amanda Bynes made a name for herself on Nickelodeon, first on sketch show 'All That' and then with her own series 'The Amanda Show'. Bynes showed herself to be a promising young comedienne whose charisma gained her a large fan base among the young Nickelodeon audience. She then began her transition from television to movies first starring in What a Girl Wants and She’s All That. In 2007 Amanda starred in the remake of Hairspray alongside Zac Efron and John Travolta. Her performance seemed to show that the young actress was capable of transition from teen stardom into a promising adult career. Then in 2010 Bynes announced she was retiring from acting though she would later change her mind and instead say she was merely taking time off. Amanda’s break from acting. however, would mark the start of her very public troubles which began with a DUI charge in April 2012.

It all came to a head for Amanda last July when she was found allegedly starting a fire in her neighbours drive in Thousand Oaks, California. The incident led to her being put under a psychiatric hold whilst her mental health was evaluated, with her parents eventually being granted conservatorship of their daughter as well as her finances. Amanda was later said to be formally diagnosed with with 'schizophrenia and bipolar disorder' during her stay at UCLA Medical Centre, something which her mother has now denied. Bynes then began a lengthly stay in rehab, which she was reported to have completed in December 2013 after which she moved back in with her parents Lynn and Rick. Since then Amanda seems to be keeping herself out of the public eye. She enrolled in the ‘Fashion Institute of Design & Merchandising’ in California where she has been taking classes, thought to be in merchandise product development. Amanda remerged publicly last month during a college fashion show event looking happier and healthier than we had seen her in a long time. 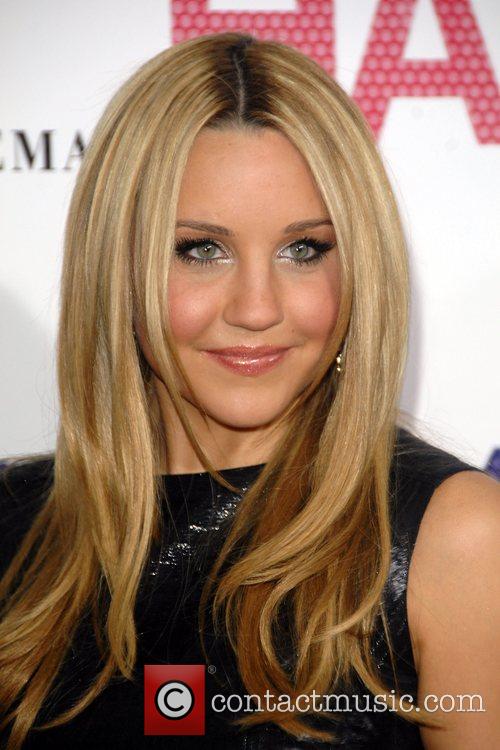 Amanda in 2007, at the premiere of Hairspray

With her personal life seemingly back on track many are of course wondering whether a return to acting is next on the cards for Amanda. The actress hasn’t had a movie credit since 2010’s Easy A, the movie which launched the career of The Amazing SpiderMan star Emma Stone. Amanda certainly has the talent to resurrect her career but really the success of any comeback will depend on when and how it happens. What’s really important is that Amanda makes sure she really is in the best place possible in her personal life before embarking on any kind of career comeback. She also needs to make sure she picks her next project carefully. Although the situations of the two actresses is very different, think of how many times we’ve heard a movie touted as Lindsay Lohan’s comeback role.

More: other stars who managed to turn around careers