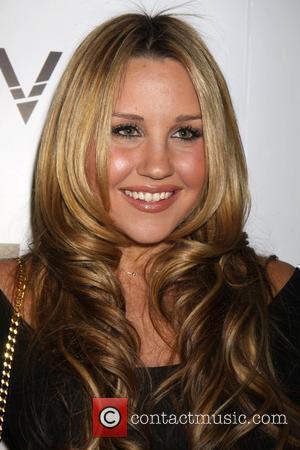 Amanda Bynes is well on her road to recovery and has now reached a deal in a DUI case stemming from 2012.

Richard Hutton, who is the 27 year-olds attorney, appeared in a Southern California court on her behalf and accepted a no-contest plea to a "wet reckless", which is a lesser offence than a DUI conviction.

"She's doing very well," Hutton told NY Daily News Monday (Feb 24th). "This case took some unexpected turns, but it's resolved. Everything is going just like it should."

The DUI case is from an incident which occurred almost two years ago in April 2012, she crashed her BMW into a police car in West Hollywood. Law enforcers immediately determined the star to be under the influence when she was booked at 3am.

This arrest was just the beginning of Bynes' several run-ins with the law, which includes an offense for tampering with physical evidence after throwing a bong out of her apartment window in NYC.

The former child star was also arrested for setting fire to an elderly woman's driveway, she was held in a psychiatric hospital to undergo treatment for bipolar disorder and schizophrenia.

Upon being released from a rehabilitation facility this past December (2013), Bynes wanted to make a fresh start and enrolled into FIDM -- the Fashion Institute of Design and Merchandising, for two classes on an Orange County campus.

When Amanda was allowed to leave the hospital, after a six-month stay, a statement was released on her behalf, which read;

"Amanda and her entire family would like to thank everyone who's contacted them with good thoughts and wishes for Amanda's recovery. Amanda has completed her inpatient rehabilitation and she's feeling better every day."