The ''heartbroken'' mother of the troubled actress Amanda Bynes has released a statement after her daughter accused her husband of sexual abuse. 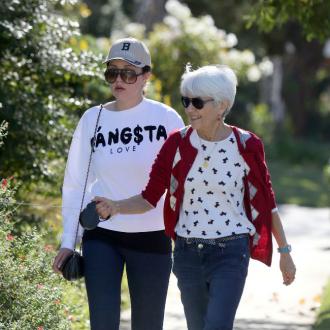 The ''heartbroken'' mother of the troubled actress Amanda Bynes has released a statement following her daughter's comments on sexual abuse.

Amanda Bynes shocked her Twitter followers yesterday (10.10.14) after she tweeted several messages which alleged that her father, Rick Bynes had sexually abused her growing up.

Although she later deleted the messages and posted an apology, the 'Easy A' actress was then reportedly placed on a 5150 psychiatric hold for 72 hours, according to TMZ.

Now her mother, Lynn Bynes has released a statement to E! News via her attorney, Tamar Arminak regarding the situation. It stated: ''I am heartbroken today for my husband of 47 years. Rick has been the best father and husband a family can ask for. He has never abused Amanda or our other children physically or sexually.

''These accusations are absolutely horrible and could not be further from the truth! These allegations stem from Amanda's mental state at the moment. They have no basis in reality. It saddens me beyond belief that my husband's character could be slandered in such a way.''

The actress' siblings, Tommy Bynes and Jillian O'Keefe then released a statement to TMZ, also denying the accusations against their father. They said: ''We are disturbed beyond words that Amanda would come up with such a fabrication as a way to avoid getting much needed help or treatment ... We are pained by [Amanda's] behaviour but we absolutely give our full unconditional love and support to our wonderful parents.''