Amanda Bynes Has Settled In To Fashion School 'Extremely Well' 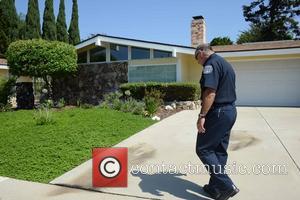 Actress Amanda Bynes is doing "extremely well" as she settles into life as a fashion school student, according to her mother.

The former child star has been working on rebuilding her life since her release from a rehabilitation clinic in December (13), months after she had to be hospitalised on an involuntary psychiatric hold following months of bizarre behaviour, which included arrests for Dui and drug possession.

She enrolled in a course at the Fashion Institute of Design and Merchandising in Orange County, California last year (13) and mum Lynn, who has become the Hairspray star's conservator, has now revealed she is thriving in school.

And a school source adds, "She acts like any other student... focused and friendly."

The actress, who turns 28 next week (03Apr14), returned to the public eye last Friday (21Mar14) for the first time since her summer (13) meltdown to attend a fashion show staged by her college officials.