Amanda Bynes' friends have reportedly asked the star to seek help immediately after she escaped to New York City and stopped dating her medication. 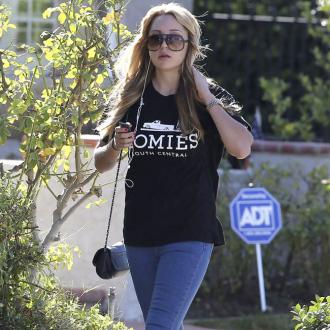 The 'Easy A' star, who completed four months of treatment after suffering a breakdown last year and has recently sparked concern for her welfare again, has reportedly stopped taking her medication and is barely sleeping after relocating to New York City to escape her parents.

A source said: ''It's worse than anyone knows. Amanda's in real trouble. And she's on the run.''

The 28-year-old star's mother Lynn Bynes previously denied she was diagnosed with a mental illness after she was involuntarily hospitalised last year.

But the insider said: ''She has bipolar and personality disorder, ADHD and bulimia. They haven't been able to find the correct cocktail [of medication] for her, and that's now part of the problem.''

Amanda's sober coach allegedly quit in August, as the actress could no longer afford to pay her.

The source also claims Amanda has cut off contact with Lynn and her father, Rick Bynes, as she is worried they'll force her to return to rehab.

They told Life & Style magazine: ''Amanda is freaked out about going back. She's really terrified. She will continue to run and hide to avoid it.''