Amanda Bynes reportedly feels utterly betrayed by her parents for tricking her into seeking treatment in a psychiatric hospital, and says their relationship has been ''destroyed forever.'' 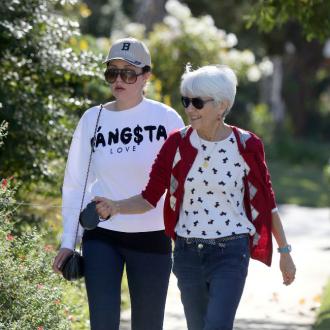 The 28-year-old actress, who was recently arrested for driving under the influence [DUI] and accused of shoplifting, was involuntarily committed to a psychiatric hospital in Pasadena, California on Friday (10.10.14) after her parents, Rick and Lynn Bynes, secretly arranged for a car service to bring her there from Los Angeles International Airport.

A source told gossip website TMZ.com that the 'Easy A' star says her relationship with her parents has been ''destroyed forever'' and she is furious with them for tricking her into seeking treatment.

Amanda's parents are expected to ask a judge to give Lynn legal control to make decisions for the troubled actress via another conservatorship before her involuntary hold comes to an end in two weeks time.

Sources believe it will be extremely difficult to manage Amanda given how angry she is with them.

But Rick and Lynn are relieved they managed to pull off the plan and are glad their daughter is ''safe'' and can now get the ''help'' she needs in hospital.

A source said previously: ''They're happy she's safe and that Amanda is finally getting some help.''

Amanda, who is believed to have been diagnosed with Bipolar and Schizophrenia, spent five months in a treatment facility in July 2013 when she was placed under involuntary psychiatric hold after she was arrested for starting a fire in a stranger's driveway.

She was released in December and appeared to be getting her life back on track until her conservatorship came to an end last month.