Amanda Bynes' parents think she doesn't need to go to rehab and want her to seek in-patient treatment at a psychiatric hospital instead. 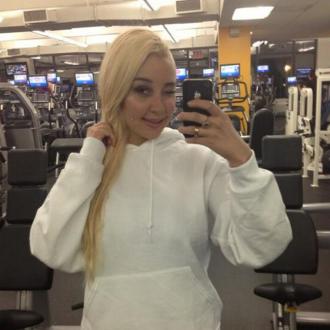 The 'She's The Man' star - who was charged with attempted evidence tampering, reckless endangerment and marijuana possession in court on Friday (24.05.13) after police received a report of a disorderly person and arrested her at her New York City apartment on Thursday - is being encouraged by her concerned parents Rick and Lynn to seek in-patient treatment at a psychiatric hospital.

A source told gossip website RadarOnline.com that her family don't think her ''problem is rooted in an addiction to drugs.''

The family insider added: ''Amanda has been clearly using drugs, yes, including marijuana, but that is just the symptom. The fact is Amanda suffers from severe mental health issues that she refuses to accept. Rick and Lynn want her to seek in-patient treatment at a psychiatric hospital so she can be properly treated.''

A source said: ''She even thought there were tracking devices in smoke detectors in her family home and would place sheets over them. Amanda also hears voices. It's so sad for her family to watch her unravel like this.''

But Amanda is still resisting help and ''doesn't think she has anything wrong with her. She refuses to see a psychiatrist and says everyone is just out to get her!''

Following the former Nickelodeon star's arrest on Thursday it was revealed that her parents hope to secure a temporary conservatorship to give them legal control over her while she gets help.

But a source said: ''They were advised that even as disturbing as Amanda's behaviour is, it's very unlikely that a judge would sign off on a temporary conservatorship.

''Conservatorships are very hard to get and being mentally ill and addicted to drugs isn't enough. Amanda hasn't ever been to rehab or ever agreed to see a mental health professional. Her parents are absolutely powerless to do anything at this point.''