Amanda Bynes Comes Out Of Retirement

Amanda Bynes has come out of retirement - just one month after she quit work as an actress, aged 24. 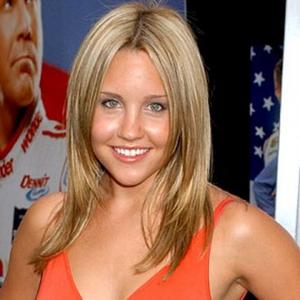 Amanda Bynes has "unretired" - a month after she quit work.

The 'Hairspray' actress - who began acting as the age of seven - has seemingly changed her mind about giving up her acting career, and will work on new projects in the future.

Writing on her twitter page, she said: "I've unretired."

Last month, the 24-year-old starlet admitted she didn't find her career "fun" anymore and wanted to stop it.

She tweeted: "I've never written the movies & tv shows I've been apart of I've only acted like the characters the producers or directors wanted me to play.

"Being an actress isn't as fun as it seems. If I don't love something anymore, I stop doing it.

"I don't love acting anymore so I've stopped doing it.

"I know 24 is a young age to retire but you heard it here first. I've retired.(sic)"

Although she has had a successful movie career - with films including 'Hairspray' and 'EasyA' - the actress is best known for her comedy programme 'The Amanda Show', which was a hit on Nickelodeon.