Some pulled out makeshift signs, while others went the high fashion route.

This week has been a rough time to live on Earth in general, but the raw wound is still the horrific attack that took place in Paris. Even the stars walking the Golden Globes red carpet had to acknowledge the tragedy and show support. 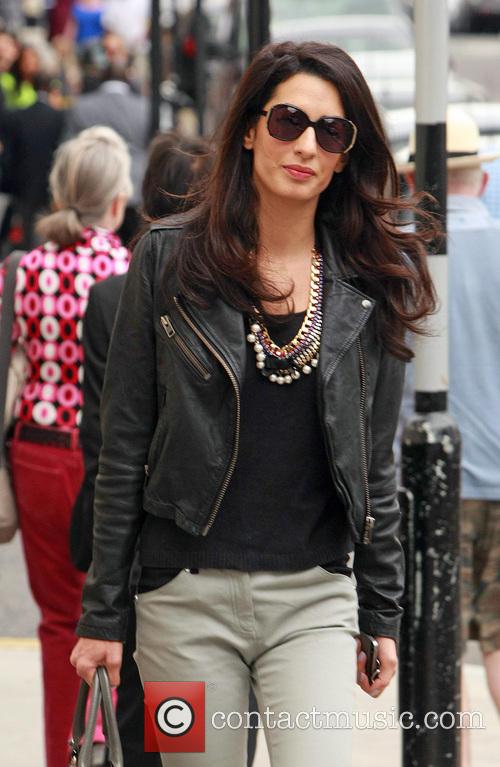 Amal Alamuddin showed her support with a badge, adorning her Dior ensemble.

Many of them did so by wearing the Je Suis Charlie slogan on their arrival at the show. Amal Clooney said that she was wearing Dior, "customized in solidarity with the French people who've gone through a terrible week," according to Elle magazine. A "Je suis Charlie" badge was displayed on her purse, while her husband, George Clooney, also wore a similar button, according to ABC News.

Other stars found different ways of expressing their solidarity. Diane Kruger, Joshua Jackson and Dame Helen Mirren were among a number of celebrities, who bore Je Suis Charlie signs on their arrival at the Beverly Hilton Hotel in Beverly Hills. Kathy Bates displayed the slogan on her phone.

Meanwhile, Paris is still in mourning after the terror attack, which took place on Wednesday. At about 11.30 in the morning, Le Monde reported, gunmen dressed in black entered a building near the Charlie Hebdo office, asking where to find the magazine. They then headed to the correct building, where they killed an officer on security detail, officials said. They later encountered a Charlie Hebdo cartoonist who was on her way out of the building and demanded she lead them to the offices. The gunmen shot twelve people, including editors and well-known cartoonists, before opening fire on police on their way out.