George and Amal Clooney have donated a total of over $1 million to six charities and organisations to help those impacted by coronavirus.

George and Amal Clooney have donated over $1 million to help those impacted by coronavirus.

The couple - who have two-year-old twins Alexander and Ella together - have made a significant contribution to six charities and organisations around the world, Deadline reports.

The Motion Picture & Television Fund, the SAG-AFTRA Fund and the Mayor's Fund for Los Angeles will each receive $250,000, while the 'Burn After Reading' actor and his lawyer wife have also given $300,000 each to the NHS in the UK, the Lebanese Food Bank, and the Lombardo Italy Region, which supports hospitals in Italy.

A number of stars have given generously to help those in need during the pandemic.

Leonardo Dicaprio teamed up with Laurene Powell Jobs, Apple and the Ford Foundation to launch America's Food Fund - which benefits the World Central Kitchen and Feeding America - and kicked things off with a $12 million donation of his own.

Lady GaGa has been working with politicians, other entertainers, and business leaders to help raise over $35 million for the World Health Organisation, and will host a star-studded global TV special, 'One World: Together at Home' in conjunction with Global Citizen later this month.

Rihanna announced last week she and Jay-Z's respective foundations were each donating $1 million to help to support undocumented workers, imprisoned, elderly and homeless people, and the children of health workers and first responders in both Los Angeles and New York City.

Her announcement came just a few days after she pledged to give $5 million to various causes through her Clara Lionel Foundation. 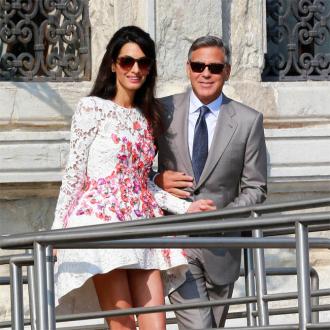