Amal Clooney and George Clooney are thrilled following the birth of their two babies.

Congratulations to Amal Clooney and George Clooney, who have this week welcomed their first children into the world. They have been married for going on three years and the birth also marks both their first ventures into parenthood as individuals as well as a couple 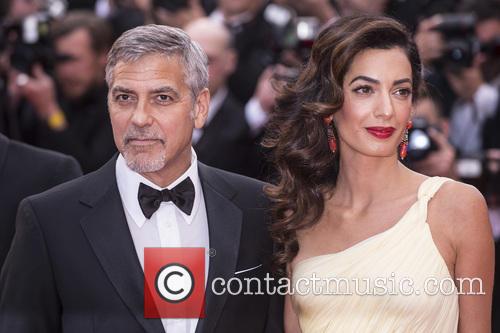 George Clooney and Amal Clooney at the 2016 Cannes Film Festival

Amal and George have finally given birth to their long awaited twins - a daughter named Ella and a son named Alexander - and while mother is doing well, it seems that the 'Money Monster' star still hasn't recovered from the prospect of having two little babies.

'This morning Amal and George welcomed Ella and Alexander Clooney into their lives', a representative for the couple told People. 'Ella, Alexander and Amal are all healthy, happy and doing fine. George is sedated and should recover in a few days.'

It was first reported that the couple were expecting a baby, twins no less, back in February on 'The Talk', and it was their close pal Matt Damon who confirmed the news to Entertainment Tonight, revealing that he found it in the Fall while they were working together on their forthcoming movie 'Suburbicon', which Clooney is directing.

Amal and George's wedding was one of the most publicised celebrity weddings of recent years. They married at the Ca' Farsetti palace in Venice, Italy on September 27th 2014 with their friend and former mayor of Rome Walter Veltroni presiding over the ceremony.

A source told People of the new birth: 'This is very good news. We're very, very happy. George is going to be a great father of twins.'