Review of folila Album by Amadou and Mariam

Amadou & Mariam are a musical duo from Mali whose remarkable career has gained huge recognition from some the most established music acts in the world. Their world music blend and soulful expression has interested all progressive music listeners and world success from the music industry. Their blend has been termed 'Afro-Blues' and 'Folia' is their eight studio album. 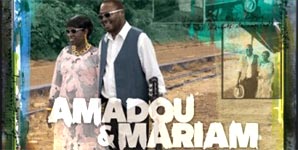 For me, Amadou & Mariam are seriously funky and soulful, with the aspect of virtuoso integrity that creates a truly captivating live sound that is melodic and refreshingly innovative. 'Folia', recorded in New York, continues to explore the fusion elements of Africa to the West, featuring acts such as Santigold, TV On The Radio, Amp Fiddler, Bertran Cantat, Ebony Bones, Abdallah Oumbadougou, Theophilus London and Jake Shears from the Scissor Sisters. The album is beautifully arranged and totally positive sounding. It truly highlights the wonder of fusing music styles and provokes the imagination for the sounds of the future.

The main aspect of 'folila' is that there are some really good songs on this album and, with the style of Amadou & Mariam, it certainly is a winner. The African element is truly important to me as it keeps the energy very vibrant, positive and colourful. With another addition to their great discography, it is testament to this blind duo that they true musicians and genuine lovers of music. Great stuff! 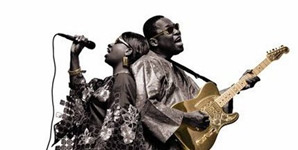 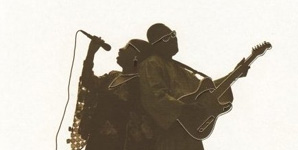 Amadou and Mariam - Welcome To Mali