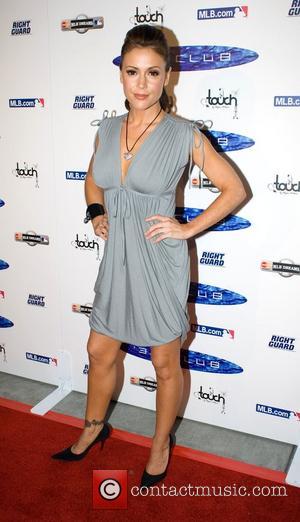 Sexy actress Alyssa Milano was so disillusioned with her life as a Hollywood star after returning from a charity trip to South Africa in 2000 she went through a severe bout of depression.

Milano admits she was really shaken up by the voluntary work she did in a children's hospital in between takes on the set of TV project DIAMOND HUNTERS - and struggled to get out of bed upon her return.

She recalls, "I couldn't figure out how to assimilate the person that I was there with the person I had to be here.

"I was exercising like a crazy woman, trying to use it as a form of meditation. I was disconnected. I was in therapy for a good six months, four times a week."

Milano found that volunteering at a children's hospital in Los Angeles helped her to beat the blues and then she begged Unicef officials to let her work for them.

She has since become a goodwill ambassador for the charity organisation and admits the work she does for UNICEF has made her feel much better about herself.

She explains, "I have learned that my celebrity has purpose. It has prioritised everything in a different way. You learn so much about the suffering of people and how we're all the same.

"If I can shed a bit of happiness or a bit of light of insight into someone who's struggling, it's the best gift in the world."