Actress Alyssa Milano Has Received An Apology From A Heathrow Airport Official In London For "Any Confusion Caused" After She Was Forced To Dump Her Pumped Breast Milk On Thursday (09apr15) Due To Tough Travel Restrictions. 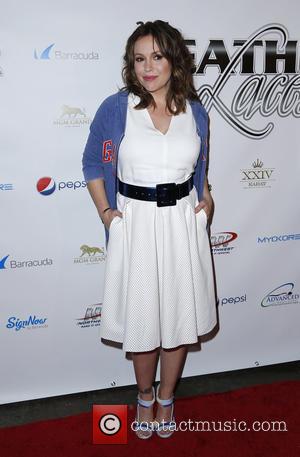 The Charmed star took to Twitter.com to sound off about the security check drama, revealing guards refused to let her board the plane, because Milano wasn't carrying her baby daughter, Elizabella.

She added, "Why can you test my toiletries to make sure they are safe but you have to throw away my breast milk...? It was less than 5 ounces per container."

Milano's rant sparked an outcry among breastfeeding advocates and fellow mums online, prompting a Heathrow representative to reach out to the star and offer their apologies for the mix-up, as travel restrictions for breast milk in Europe differ from those in the U.S., where mothers are allowed to take as much milk as they need onboard a plane.

The spokesperson writes, "@Alyssa_Milano Sorry for any confusion caused. To confirm, if you aren't travelling with your baby, milk is subject to the 100ml/(3.4oz) restriction."

Milano, who arrived back in the U.S. later on Thursday, has since issued a statement about the drama, insisting she was in no way trying to blame security officers for simply following the rules.

The statement reads: "It's not the fault of the security in the airport; they're following orders to keep us all safe. But I do feel it is a policy that needs thoughtful reconsideration."