Alyssa Milano has leaked a sex tape - which raises awareness about the conflict in Syria.

Alyssa Milano has made a sex tape. But it's not what you think! Milano posted the video online in order to raise awareness for the situation in Syria. Milano announced the existence of a sex tape via Twitter. She initially tweeted denying all knowledge before writing "going to post the link myself to control the situation."

My sex tape was leaked. Not sure what to say. Going to post the link myself to try to control the situation? http://t.co/rMICHDeioC

The former Charmed actress has used her celebrity as a means of raising awareness and provoking more than a few laughs with her tongue in cheek video. She starts by positioning her camera before a handsome man pounces and she accidently knocks the video camera. On screen a news presenter discusses the current situation in Syria whilst a flurry of sheets and the couple's feet is reflected in a mirror. 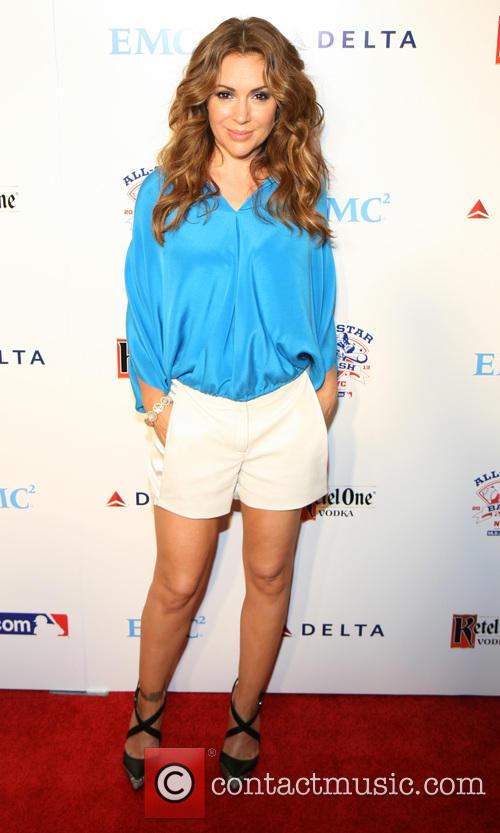 Alyssa Milano at the Major League Baseball's All Star Bash in New York.

Milano frequently tweets about the on-going violence in the Middle East, particularly in Syria. The 40-year-old actress is an active UNICEF ambassador, who has travelled to less economically developed countries such a Kosovo, Angola and India. She frequently raises money and this is the latest of her efforts to raise awareness of good causes.

Milano is not afraid to mock herself or her celebrity status. After romping with the half-naked man, the Mistresses star can be heard saying "This is boring, change it to Swamp People." The latter few seconds of the two minute clip consist of a 'swamp man' placing straw on his head. 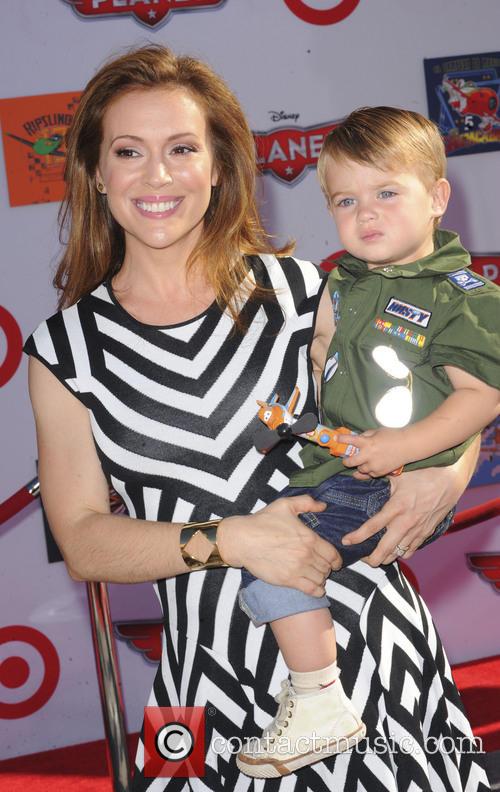 Alyssa Milano with her son Milo at the premiere of Planes.