Fans of the hit series will be saying goodbye to Milano as Savannah - still unclear if she'll be replaced or written out.

While there was recent good news that the hit TV series ‘Mistresses’ is being renewed for a third season, it’s been followed by the bombshell that one of its lead actresses, Alyssa Milano, will not feature in the new series. 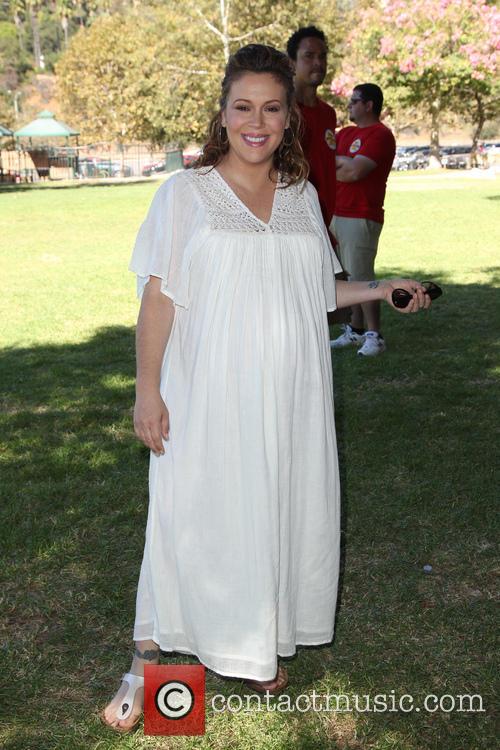 The show’s broadcaster ABC confirmed on Tuesday that it was picking up ‘Mistresses’ once more, but that it was relocating shooting of the third series to Vancouver in Canada for financial purposes. It means that Los Angeles-based Milano has been presented with a dilemma about moving or staying put. Early last month, the 41 year old gave birth to a daughter Elizabella Dylan, her second child with husband David Bugliari and a sister for three year old Milo.

Milano originally took to Twitter to announce her decision, and a fuller statement quickly followed: “After two wonderful seasons in Los Angeles, the studio has decided to shoot season three of Mistresses in Vancouver, Canada for financial reasons. It’s with a heavy heart that I have decided that I can’t relocate. I have two babies under 4. Being a mother and wife comes first and I just can not uproot my children and separate the family by moving away. I will miss this job desperately and wish everyone the absolute best.”

In ‘Mistresses’, Milano plays Savannah Davis, one of four main protagonists whose complex sex lives and relationships are explored through dramatic narratives. It is based on a UK drama series that was originally shown from 2008 to 2010, and also stars Rochelle Aytes, Yunjin Kim and Jes Macallan.

ABC has not yet reacted to Milano’s departure, so it is as yet unclear whether the character of Savannah will be replaced or written out of the script.