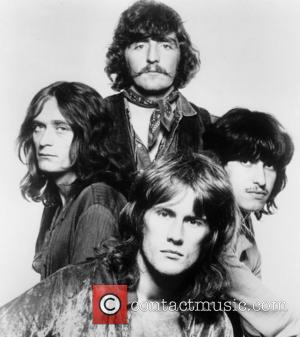 The rocker unexpectedly passed away on Wednesday morning (06Mar13) from unforeseen complications following a routine surgical procedure, according to a post on his official website.

The message reads: "We have lost a wonderful and much loved father and companion, the world has lost a truly great and gifted musician."

Lee and his group became international stars after word spread of their stand-out performance at the Woodstock festival in New York in 1969.

Born Graham Alvin Barnes in Nottingham, England in 1944, he joined the Jaybirds in the early 1960s and found success onstage at the Star Club in Hamburg, Germany just as the venue's most famous resident act, The Beatles, became superstars.

Lee formed Ten Years After in the mid-1960s with bassist Leo Lyons and the band became a must-see live act in the London blues-rock scene.

The band released its first album in 1967. Hit releases Stonedhenge and Ssssh followed before the group split in 1975, and Lee went on to find solo success. He reunited with his Ten Years After bandmates Ric Lee, Lyons and Chick Churchill for festival shows in 1983, and again in 1988 to record an album in Memphis, Tennessee.

The four-piece split again in 1991 but reformed for dates in Brazil and Spain in the mid-1990s. Ten Years After split for good in 1999, and Alvin Lee refused to be part of a reunion Ric Lee put together a decade ago. Instead the drummer, Churchill and Lyons hit the road with new frontman Joe Gooch.

Alvin Lee continued with his solo career and released his final album, Still On The Road To Freedom, last year (12).

Paying tribute to his former bandmate, Ric Lee tells Wenn, "Alvin was a star. He was a terrific guitar player and a fabulous onstage performer... I had a lot of respect for him.

"I last saw him in 2006 when he was touring with Edgar Winter and he told me he had kind of retired... I recently asked him to perform on my new album Ric Lee's Natural Born Swingers, but he declined the offer. It's a shame. I would have liked to have played with him again." 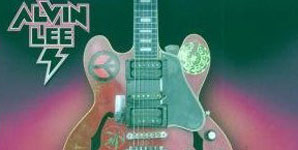