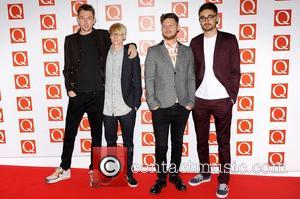 The Maccabees ‘Given to the Wild’

Sam Lee ‘Ground of its Own’