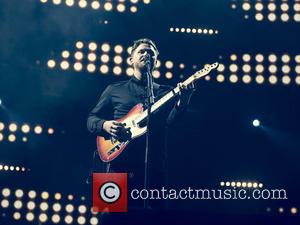 British rockers Alt-J have fuelled a war-of-words with Noel Gallagher just months before they are due to headline a festival together.

The former Oasis star started the feud by dismissing the band in a recent interview with Rolling Stone magazine, telling the publication, "Alt-J can f**k right off as far as I'm concerned. (Left Hand Free is) a great tune, and I paid 79 pence for it, but I am in no way a fan of Alt-J... One of them's got a moustache, and that's unacceptable."

The Mercury Prize winners have now hit back, with drummer Thom Gree writing in a post on Twitter.com, "F**k you Noel Gallagher you old c**t," while keyboardist Gus Unger-Hamilton adds, "Thanks for the permission, Noel! *f**ks right off as far as Noel Gallagher is concerned*... If anything I'm annoyed it's taken him (so) long. I've had a moustache for nearly 2 years!"

Gallagher and Alt-J are both set to headline the Latitude festival in Suffolk, England in July (15) on separate nights.