Four became three, but that won't stop them

In an unexpected shakeup of one of 2013’s most talked-about bands, Gwil Sainsbury left Alt-J following their Mercury win; but that doesn’t mean the end for the now-three-piece formed in Leeds back in 2007, as they’ve stated their intention to soldier on. 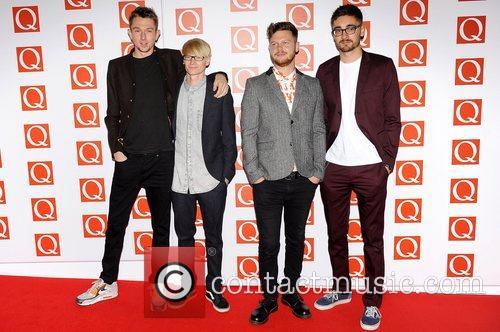 The band announced the founder and bassist’s departure on Twitter, posting: “With regret, Gwil is leaving alt-J. This is purely a personal decision and as our best friend we support him completely,” on the 11th of January.

Since then, a statement was released to NME outlining the remaining members’ intentions to keep making music under the name, Alt-J.

“The three remaining members of alt-J - Joe, Gus and Thom - and all at Infectious Music give their full support to Gwil and wish him only the very best for the future,” read the statement.

“Both Alt-J and Infectious would like to reassure fans that the band remain excited about the future and are set to return to the studio very soon to begin work on the follow up to 2012’s Barclaycard Mercury Prize winning ‘An Awesome Wave’.”

Keyboard player in the band, Unger-Hamilton - speaking at the end of 2012 - said they were writing new material, but that they wouldn't be heading into the studio to start work on the follow-up until at least September 2013 after finishing up touring and festival dates.

He added that the band had named five tracks which "sounding exciting".

The band’s debut album, 'An Awesome Wave' won the Barclaycard Mercury Prize on its year of release. Alt-J also composed the score for last year's 'Leave To Remain', a film starring Toby Jones.