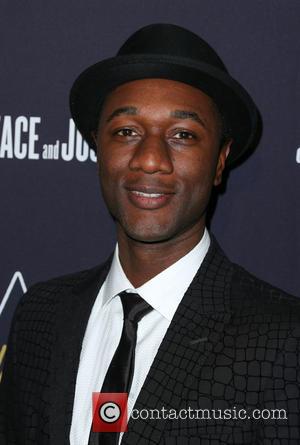 Singer Aloe Blacc feels cheated by the digital success of his Avicii collaboration Wake Me Up, because he made so little money from the song, which has become the most streamed track ever on Spotify.

Blacc, real name Egbert Nathaniel Dawkins Iii, is one of three credited songwriters on the track, but he admits the dancefloor filler hasn't made him a rich man.

He explains, "It was the most streamed song ever on Spotify and at Pandora, for 168 million streams to the three writers, we earned a little over $12,000."

And the singer insists it's those types of figures that have driven good songwriters out of the music business in recent years - and that has had a knock-on effect on chart hits.

He adds, "You're not feeling the music that you're listening to. There's a lot of people out there forcing hits, trying to make things out of nothing, and that comes from the climate in the music business - over the past two decades there's $7 billion missing from the music industry and people are trying to get that money back any way they can.

"The goal here is to incentivise songwriters in a major way by working with Congress to change the laws to make sure they have a say in what the value of their song is worth.

"A song like Imagine by John Lennon is worth a statutory rate equal to Who Let the Dogs Out? I don't think intrinsically that makes any sense."

Aloe Blacc: 'I didn't have to bend to the will of the industry'