It's the first time we've heard from the Williams family since the NBC anchor's suspension earlier this month.

‘Girls’ star Allison Williams has leapt to her news anchor father Brian’s defence, following the recent controversy in which he incorrectly claimed that his life was in grave danger while he was reporting on the Iraq conflict.

On Wednesday night, the 26 year old actress was a guest at a talk with NBC host Seth Myers in New York when the subject of her father’s suspension was raised. Allison is the first member of the family to speak publicly about the controversy, and she described it as “tough, obviously toughest on my dad” before stating confidently to the audience “I know you can trust him”, reported CNN. 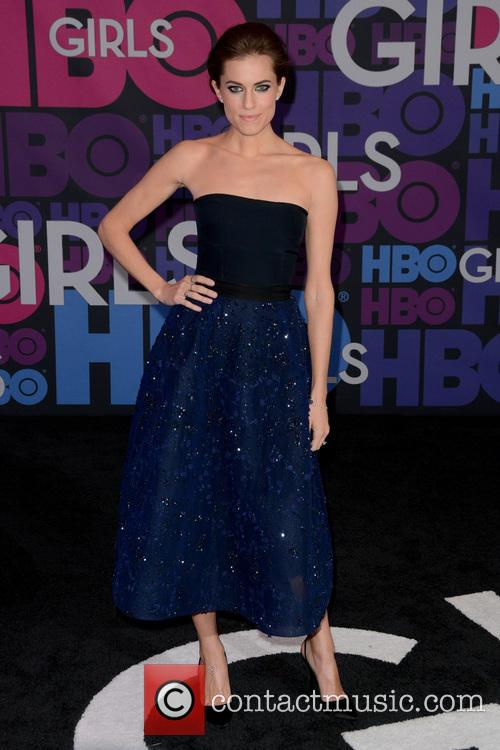 She continued: "One thing this experience has not done is shake my trust and belief in him as a man. He's a really good man. He's an honest man. He's a truthful man. He has so much integrity. He cares so much about journalism.”

More: Allison Williams admits she “would never ever get sick” of starring in ‘Girls’

To a big laugh from the crowd, she said humorously: “And yes, he's a really good dad, but I know you can trust him because, as any good daughter does, I have tested him on that.”

Following an internal investigation into his repeated false claims, Williams has been barred by NBC from speaking to the press without their permission, so his daughter’s comments are likely to be the only time we hear about it from his point of view.

Allison was also asked about the fourth season of ‘Girls’, her time at Yale and NBC’s recent live broadcast Christmas special ‘Peter Pan Live!’. However, she finished by addressing this month’s hot topic once more, saying about her father “I can't wait until he's back on TV. And I know that many of you guys feel that way”. The audience responded by applauding warmly.

Last month, Williams repeated a story that he had, from time to time, told since 2003 in which he claimed to be flying in a U.S. military helicopter that was shot down in the Iraqi desert and surrounded by the enemy.

However, veterans who were there called him out on Facebook over the truthfulness of his version of events, saying that he was in fact flying the same mission but one hour behind the downed craft.