Scroll for pictures from the red carpet 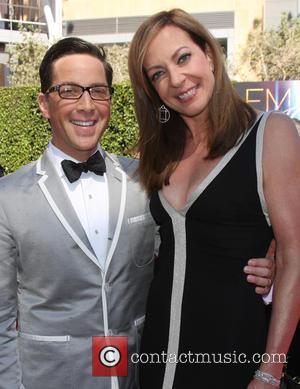 The stars stepped out onto the red carpet for one of the glitziest ceremonies of awards season: the Creative Primetime Emmys.

Having previously won for NBC's political drama 'The West Wing' as White House press secretary C.J. Cregg, Allison Janney’s award for outstanding guest actress in a drama series for her role in Masters of Sex, which also stars Michael Sheen and Lizzy Caplan, was a particular highlight.

Backstage, Janney highlighted that playing Margeret Scully was certainly challenging at times. "I felt that Margaret Scully challenged me in ways that I've never been challenged before as an actress on so many levels - on an emotional level, on a physical level - and having to do sex scenes was extraordinarily nerve-wracking and stressful for me and something that I didn't think I'd have to do at this age, frankly," she explained.

Sherlock, the BBC's popular crime drama, picked up four Emmys for Single Camera Picture Editing, Sound Editing, Music Composition and Cinematography for a Miniseries. All the awards arrived the episode, 'His Last Vow'. Game Of Thrones, True Detective and Seth MacFarlane's project, Cosmos: A Spacetime Odyssey also picked up four awards each on a memorable night.

Uzo Aduba won the award for best guest actress in a comedy series for her turn as Suzanne Warren, known as 'Crazy Eyes' in the Netflx prison drama, Orange is The New Black. Meanwhile, Jimmy Fallon picked up best guest comedy actor for NBC's "Saturday Night. In terms of networks, HBO received a leading 15 creative arts Emmys, followed by NBC with 10, PBS grabbed 8, Fox and Netflix managed 7 each while CBS got six and ABC got five.

But there’s little time to sit and revel in achievements gone by; the rest of 2014 and 2015 have huge potential with the return of Boardwalk Empire, The Walking Dead and the second season of True Detective.