The 54 year-old actor won the award for outstanding guest actress in a drama series at the 2014 Creative Arts Emmys.

On Saturday night (Aug 16th) Allison Janney was awarded an Emmy trophy for her recurring role as the begrudging wife Margaret Scully in Showtime's period drama, 'Masters of Sex,' which stars Michael Sheen and Lizzy Caplan.

Sheen and Caplan in 'Masters of Sex'

This was the series' first Emmy win, and the 54 year-old actress's fifth. She was previously awarded four times for her role in NBC's political drama 'The West Wing' as White House press secretary C.J. Cregg.

When accepting the honour onstage at Los Angeles' Nokia Theater, Janney jokingly showed her appreciation towards "the crew guy who got me a shot of bourbon before my first sex scene," via The Hollywood Reporter.

While backstage at the ceremony, she also revealed that this role was one of her favourites as "she is closer to my personality than most characters I've played. I just loved the way she discovered what she was lacking in her life. It was such a quiet discovery."

Janney highlighted that playing Margeret Scully was definitely challenging at times. "I felt that Margaret Scully challenged me in ways that I've never been challenged before as an actress on so many levels - on an emotional level, on a physical level - and having to do sex scenes was extraordinarily nerve-wracking and stressful for me and something that I didn't think I'd have to do at this age, frankly," she explained.

However, the 'American Beauty' actress is very fortunate to have landed such a stimulating role, especially since she struggled leaving 'The West Wing,' which ended its seven-season run in 2006. 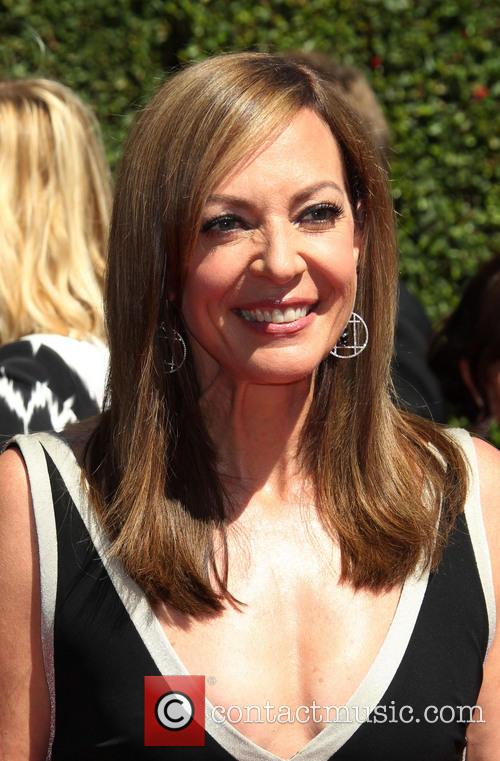 "It was kind of devastating after it was over," she said of the political series. "It was much harder than I thought it would be. I decided to do something completely different, so I went to Broadway to get in a musical."

But once again, Janney has definitely cemented herself as one of television's most revered actresses, and she is brilliant in the 'Masters of Sex,' which depicts the lives of two pioneering sex researchers, Dr. William Master and Virginia Johnson, who are played by Sheen and Caplan.