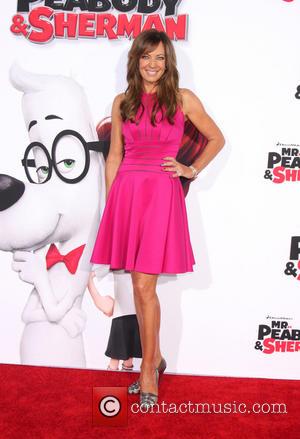 The West Wing star was lauded at the Off-Broadway theatre company's annual fundraiser at the Hammerstein Ballroom in Manhattan.

With three stints on Broadway, two Tony nominations, and two Drama Desk Awards, Janney tells Entertainment Weekly that performing on stage should be a rite of passage for all actors who want to succeed in the entertainment business.

She says, "I believe that any actor worth their salt has to have done theatre. When I did West Wing, all of those actors I worked with came from New York theatre, and I think it makes a difference. Actors on Broadway, we have a similar language."

A number of Janney's friends and former co-stars sent their well wishes and congratulations to the actress via video message, including Meryl Streep, Anna Faris, Dule Hill and Sarah Paulson, while theatre veterans Victor Garber and Jane Krakowski attended the event to praise her in person.

Performers at the gala included Smash star Jeremy Jordan, who belted out Idina Menzel's hit Let It Go from Frozen, while Girls actress Zosia Mamet donned a newsboy cap to sing Seize the Day from the musical Newsies.