It's been 10 years since Kylie (Minnie Driver) was killed on the night her star-making show opened on Broadway. Now her children Camilla and Buddy (Allie MacDonald and Douglas Smith) are working at Center Stage performing arts camp, run by their guardian Roger (Meat Loaf). And this summer's big show will be a revival of their mother's fateful musical, The Haunting of the Opera, staged as Japanese kabuki by self-proclaimed genius director Artie (Brandon Uranovitz). Camilla is determined to get the lead role, sucking up to a cute crew member (Kent Nolan) who has a crush on her and then engaging in a battle with Liz (Melanie Leishman), her rival for the part. Meanwhile, a mysterious figure is creeping around the camp, and pretty much everyone has a motive for murder. 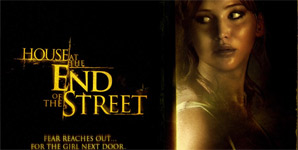