Review of Worship The Sun Album by Allah Las

When Allah Las' self-titled debut dropped at the back end of 2012, the psych rock revival was still in its infancy. Indeed, it's probably fair to say that record would have emerged around that time regardless of any scene taking it under its wing as one of their own. Having formed four years earlier, their background suggests the four-strong collective had spent those formative years creating the blueprint that would lay the foundations for that first album. 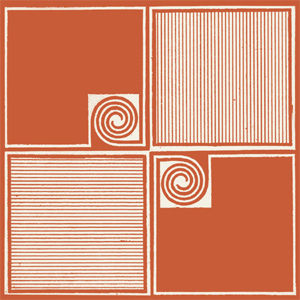 After all, three of the band; lead guitarist Pedrum Siadatian, drummer Matthew Correia and bassist Spencer Dunham; all met while working in a record shop. Fourth and final member Miles Michaud is the mouthpiece of the band; an accomplished singer, guitarist and songwriter on his own merits, the ingredients were already in place. Fusing together elements of the past - and, let's face it, with day jobs such as the ones Siadatian, Correia and Dunham held it's hard to imagine any of their record collections being less than impeccable - with timeless melodies and an eye on the present, failure was never really an option. Upon hearing that first record, songs like 'Vis A Vis' and 'Tell Me What's On Your Mind' jumped out like Dionysian sucker punches to the lower ribs. Comparisons to The Byrds, Chocolate Watch Band and Love were inevitable. And yet, by the same instance, 'Allah Las' felt like a breath of fresh air.

Even in these times of advancing technology and digital streams there's something fresh and invigorating about analogue recordings. Whether it be raw authenticity or the way each component of an individual piece retains its own textured identity, there's little doubt traditional four-piece bands sound more accomplished in such surroundings. So, bearing all that in mind, it probably comes as little surprise to learn that Allah Las have taken a similar path to the one exercised on the first record with the follow-up. Long-time associate Nick Waterhouse again assumes production duties alongside Beachwood Sparks guitarist Dan Horne, who was heavily instrumental in recording and engineering 'Worship The Sun'.

Comprising fourteen songs in total - two more than its predecessor - 'Worship The Sun' doesn't so much wear its influences on its sleeve as twist and turn them inside out. Take opener 'Da Vida Voz' for instance, which re-imagines Love's 'Alone Again Or' covered by The Byrds in a twenty-first century time machine. Although largely less immediate than the direct pop nuances contained on 'Worship The Sun''s predecessor, the likes of 'Had It All', 'Follow You Down' and 'Every Girl' all revel in a deluge of insistent melodies and insatiable choruses.

What's also interesting here is that all four members sing lead vocals at various points on the record as well as contributing harmonies that characterised the first record, making 'Worship The Sun' a truly collaborative record in every sense of the word. It's also worth noting the use of instrumentation such as piano and steel pedal guitar, which turn the genteel strums of 'Better Than Mine' and '501-415' into bona fide country rock staples.

Admittedly, steeped in West Coast references without dwelling too much on nostalgia or relics of the past, 'Worship The Sun' disproves any suggestion Allah Las are just another psych rock retro act living off the reputations of their influences.