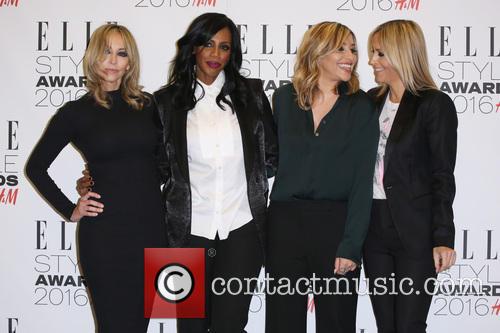 More: All Saints Are Back With A New Single (And It's About Liam Gallagher)

But now the girls are older and wiser, they’ve been able to put their differences aside and are having a great time being back together. “It’s amazing. It’s just heart-eyes everywhere. Love. We just have the best time,” Melanie said.

“I think we just avoid it, purely just because we put everything on the table and say how we are feeling, but it’s not even got to that yet,” Nicole added. In February the group released their comeback single ‘One Strike’, inspired by Nicole's divorce from Oasis’ frontman Liam Gallagher in 2013.

Red Flag, their first studio album in nearly a decade will be released on April 8th. The group will then embark on their first headlining tour in 15 years, beginning in October. The tour will see the girls playing 10 dates, including shows in London, Birmingham and Manchester.