Alicia Vikander Is In Talks To Replace Rooney Mara In The Sequel To The Girl With The Dragon Tattoo Remake. 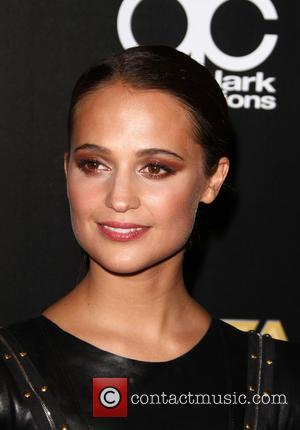 Mara played Lisbeth Salander in 2011, but when asked if she would reprise her role in a sequel earlier this year (15), she expressed sadness over the prospect that the film would not be made.

Producers Scott Rudin and Amy Pascal are now looking to move forward with The Girl in the Spider's Web and they are interested in Vikander taking over as the leading lady.

It is unclear why Mara is not returning to the franchise, but according to TheWrap.com, director David Fincher and the 30 year old's co-star Daniel Craig are also unlikely to be involved with the film, which will be based on the fourth novel in the late Stieg Larsson's book series.

Noomi Rapace starred in the original adaptation of the Millennium Trilogy books, which became acclaimed Scandinavian movies half a decade ago.