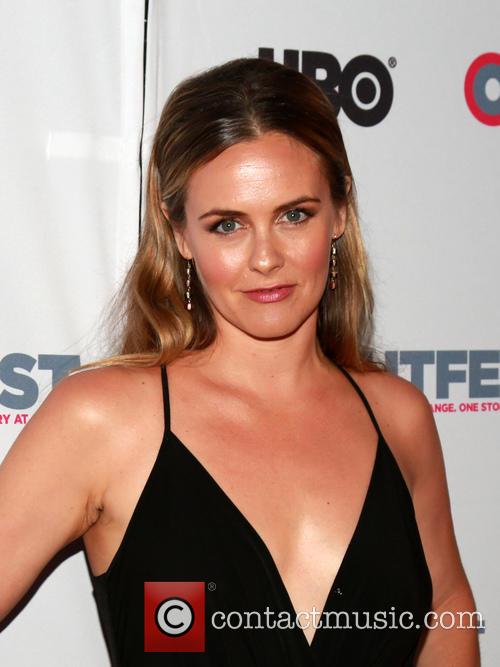 The 40-year-old vegan activist has done a lot of work for the non-profit organisation People for the Ethical Treatment of Animals (PETA), and her latest is to urge people to pledge against buying wool and end the cycle of cruelty that thousands of sheep suffer each year.

She explains that sheep shearing is not a gentle process like many people might think when the animals are being reared as wool sheep specifically. 'It's, like, on the slaughterhouse floor where there's a conveyor belt and it's going that fast', she explained in a video clip for PETA.

She wears her own skin & lets sheep keep theirs. @AliciaSilv would rather go naked than wear wool in new PETA ad! https://t.co/PmRbm2sZyA pic.twitter.com/ClL9S1ompN

'It's just so fast, the shearing process, that they're cut, they're harmed, they get very seriously wounded and there's no care for them when they're wounded, it's just move on to the next. These are not creatures to the people who are doing this, they're just objects. When the sheep are no longer useful, they're killed, so there is no happy place that they get to go for being a wool sheep.'

The tagline for the campaign is 'Wear your own skin, let animals keep theirs' and joins the various fights against wearing fur, leather and angora. Silverstone, who authored the best-selling vegan cookbook 'The Kind Diet' in 2009, is pictured in the campaign stood completely naked in a grassy area while looking over her shoulder into the camera, her left hand clutching a sheep mask.

More: The Smiths team up with PETA for 'Meat Is Murder' game

With Thanksgiving and Christmastime just around the corner, PETA have also been rallying against eating turkey.