Alicia Keys and husband Swizz Beatz enjoyed a night out with her brother Cole on Saturday (24.03.12) to celebrate his 21st birthday. 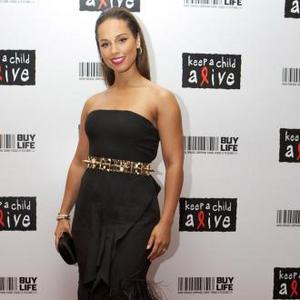 Alicia Keys partied with her brother Cole to celebrate his 21st birthday on Saturday night (24.03.12).

The 'No One' singer was joined by husband Swizz Beatz at New York's trendy Meatpacking district, where they danced at nightclub SL.

Swizz took to the decks to give a shout out to Cole, who was joined by guests including Cuba Gooding Jr., Matt Shaughnessy and Desmond Bryant.

And it was not the only party taking place at SL that night, with 'Smash' star Katherine Mcphee was also there celebrating her 28th birthday with husband Nick Cokas, according to the New York Post newspaper.

It may be the last time Alicia will enjoy a night out in New York as she recently put her $17.9 million home in the city's SoHo district up for sale.

However, it could take some time before the home is sold, with its previous owner Lenny Kravitz having it on the market for eight years before Alicia purchased it in 2010.