As a 16-year-old, Alicia Keys was a soulful pianist telling us the intimate details of her diary. Since then she's won 14 Grammys, done a Bond theme song and sung at the Superbowl. As a 32-year-old she's one of the best and most successful R&B singers in the world and tonight is all about her. 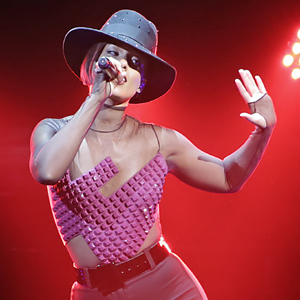 Tonight she flits through the stages of her career with ease and an air of sophistication. It's a long arena show of over 20 songs all of which are designed to exhibit her voice. From the percussion heavy theatrics of 'Girl On Fire' to the lullaby-like ballad 'Tears Always Win', classics like 'Fallin'' and of course modern hip-pop masterpiece 'Empire State Of Mind' show Keys' pipes and playing ability are always front and centre; whether it's just her and a piano or a stage full of breakdancing young men, the only thing you really notice is the sound. Keys is an artist with merit and integrity and she's keen to show that off.

Showcasing each and every aspect of her, including her bizarre turn as brand ambassador for BlackBerry, it's apparent how slick her show is. A Jay-Z screen performance, choreographed phone calls, a despicable swap of 'New York' for 'Manchester'; it's glossy to the point of glibness. Not even asking the audience to hold their phones in the air is left to chance. It makes for a finely tuned show, but a largely stale atmosphere. There's some sense that this is down to BlackBerry who make sure their presence is apparent as Lycra-clad women adorned with their logos swan round the place. 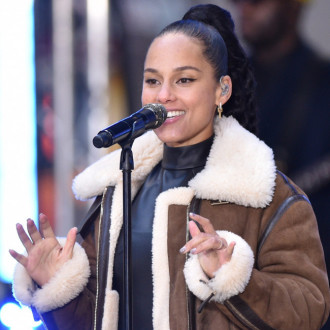