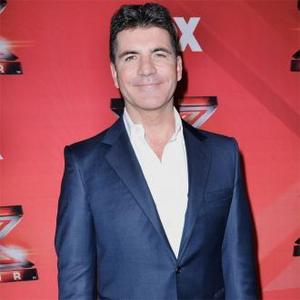 The 32-year-old pin-up - who is famed for her love of plastic surgery - says she embarked on a six-month fling with the 'x factor' mogul after meeting him at a hotel bar in London in 2001, and considers him to be her ''best lover'' to date.

She said: ''On the third or fourth date we ended up doing it 11 times in one night.

''We went out for dinner and then back to his hotel. We ordered champagne on room service. We started having sex and went on through the night. We slept a little bit in between but only for a few minutes.

''We had sex in the sitting room, the bedroom and the bathroom and kept going on and on.

''That was the most amount of times we had sex in one night, it was normally just once or twice. I was there so long that it was 8am when I finally left.''

But while Simon, 52, was apparently a huge fan of her ''boobs and lingerie'', Alicia says he liked to give her feedback on her bedroom performance as if she was auditioning for one of his reality shows.

She told The Sun newspaper: ''Every time we had sex he would analyse my performance just like a judge on the TV and say how there could be an improvement next time.

''He was a very passionate lover and most importantly very considerate. He was obsessed with my boobs. He was definitely the best lover I have ever had.''

But the romance fizzled out when Simon demoted her from girlfriend to just another woman on his booty-call list that he would often turn to at 10.50pm.

She said: ''After the whole dating thing fell down I was put on a list and then when I met up with him I was a '10 to 11' phone call rather than an important girlfriend.''