The band use tour announcement to raise money for cancer-stricken fan's memorial.

The ever charitable Alice In Chains are using their upcoming US summer tour to raise funds for a memorial for a fan, who recently passed away after suffering with cancer. They're generously donating money for every pre-sale ticket sold beginning today (March 10th 2015). 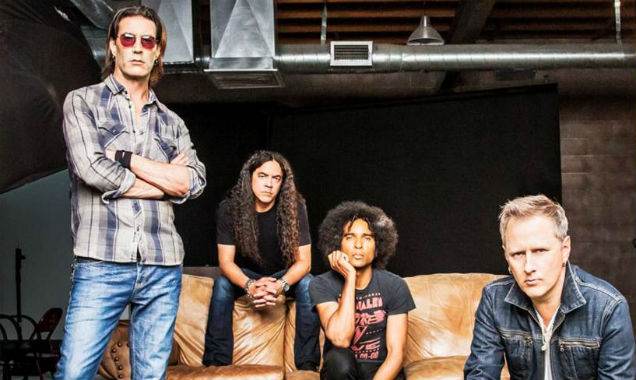 The Seattle four-piece will be giving no less than $2 per pre-sale to go towards the Stefan Dayne-Ankle's memorial, as they gear up for their US summer tour dates. 'Thanks to the great people at WMRQ in Hartford, CT, we became close with a young man named Stefan Dayne-Ankle, who sadly last week lost a courageous battle with Leukemia', the band announced in a statement. 'To honor Stefan and help give him the memorial he deserves, we're donating $2 from every ticket pre-sold on this tour.'

Not only that, the band are getting involved in more global issues with the Alice In Chains & Friends Fantasy Football League set to raise money for the ebola crisis. They'll be launching an auction for the fourth year in a row in a bid to help Music For Relief fund protective suits and health training, as well as aiding MusiCares in their aims to provide healthcare and personal help to struggling musicians.

More: Watch the video for 'The Devil Put Dinosaurs Here'

The upcoming summer tour beginning in July follows their previous global run which they played to support 2013 fifth album 'The Devil Put Dinosaurs Here'; a Capitol Records debut which reached number 2 in US Album Charts and was subsequently nominated for a Grammy. It featured US Mainstream Rock chart number one singles 'Hollow' and 'Stone'.