Alice Gold - End Of The World

English singer songwriter Alice Gold's new single, 'End of the World', will be released on August 29th and is taken from her debut album, 'Seven Rainbows', which was released on July 4th through Fiction Records. The album was produced by Dan Carey, who has also produced for the likes of Lily Allen, Franz Ferdinand and Hot Chip, as well as pop princess Kylie Minogue.

By Laura Johnstone in Music Reviews on 06 December 2010

A twenty something singer/songwriter from London who has followed her career aspirations as far as to be travelling America in a Winnebago and apparently using the toilet as a vocal booth! 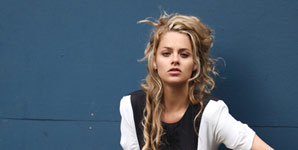 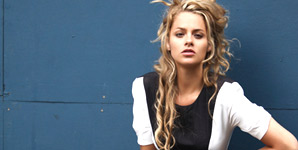