British Actress Alice Eve Has Thanked Fans For Enlightening Her On Aspects Of Gender Identity After She Caused Controversy By Appearing To Criticise Former Olympian Bruce Jenner For "Playing At Being A 'Woman'" Following His Big Tv Reveal In America Last Week (24apr15). 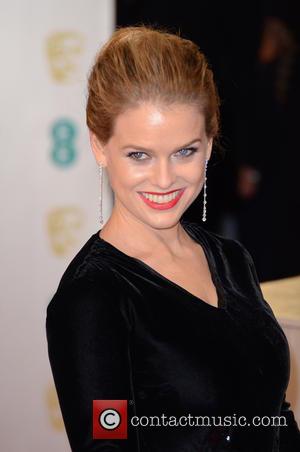 Kim Kardashian's stepfather confirmed longrunning rumours about his transition from male to female during a taped TV chat with U.S. newswoman Diane Sawyer, during which he told her, "For all intents and purposes, I'm a woman."

Stars including Lady Gaga, Miley Cyrus, Demi Lovato and Jennifer Lopez heaped praise on Jenner on social media for his brave admission, but Eve courted controversy when she posted an ill-advised Instagram.com message about disparities between men and women and alleged the athlete, who won gold in the 1976 Olympic decathlon, would never have achieved international fame if he had been born a girl.

In a now-deleted post, Eve wrote, "(If you) were a woman, no one would have even heard of you because women can't compete in the decathlon...

"You would be a frustrated young athlete who wasn't given a chance. Until women are paid the same as men, then playing at being a 'woman' while retaining the benefits of being a man is unfair... Do you have a vagina? Are you paid less than men? Then, my friend, you are a woman."

The Star Trek Into Darkness beauty's comments sparked a backlash from followers, who attacked Eve and accused her of transphobia, prompting the actress to return to Instagram on Monday (27Apr15) to clarify her remarks.

Alongside a photo of bearded woman Harnaam Kaur, an outspoken body confidence campaigner, Eve wrote, "I'm not saying by identifying they (transgender people) are negatively impacting feminism. I am saying that we have to refine the language on this topic so all men, women and transgenders are accurately represented in their process of self-identification.

"Maybe this needs a little thought. Thank you for engaging with me on this subject, because I felt confused and now I feel enlightened and like I know what education I need to move forward. I appreciate the time and thought."

Eve also shared a photo of David Bowie, which featured the quote: "I am a supporter of anyone who wishes to explore their gender identity. Sometimes language doesn't express the spectrum of identity sufficiently, as in this case. I am also a believer in equal rights for all... Whatever your race, color or creed." 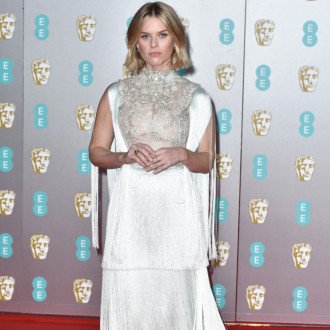