Cooper Has Hendrix To Thank For Longtime Manager 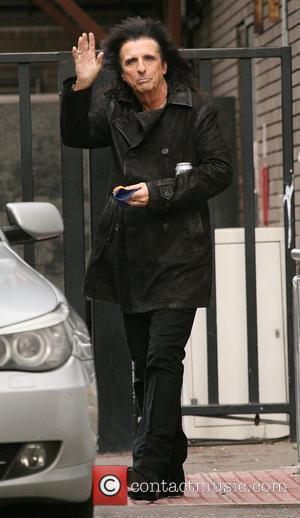 Alice Cooper owes Jimi Hendrix his career - because the guitar legend introduced the shock rocker to his longtime manager.
The School's Out legend has been represented by Shep Gordon since the 1960s - and it was only because of Hendrix that the pair met in Los Angeles, launching Cooper's band's career.
He tells Britain's Daily Express, "My manager for the last 40 years has been Shep Gordon. In the late Sixties, Shep met Jimi at an L.A. hotel pool with (soul band) The Chambers Brothers. When Jimi asked Shep what he did he replied he didn't know yet. Jimi replied: 'Are you Jewish? You should be a manager.'
"One of The Chambers Brothers then said, 'There's a rock band living in our basement and they need a manager.' If Jimi hadn't been sunbathing that day who knows where we all might have ended up?"