Rocker Alice Cooper admits it was hard for his children to rebel against him because of his own wild past. 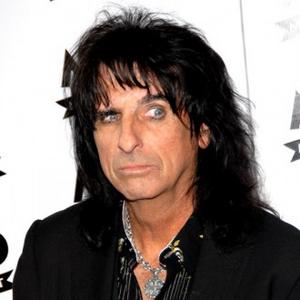 Alice Cooper admits it was hard for his children to rebel against him.

The 'Poison' rocker - who is famed for his outrageous stage antics - has three kids with wife Sheryl and while he admits he's not that strict, he says it would be difficult for his children to shock him because of his past.

He said: "In my house growing up, my dad was the lenient one and my mum was the authoritative one - and that's pretty much how Sheryl and I are with our kids. But we do stick together when making rules. But come on, how could they really rebel? Come home with blue lipstick and black hair? I invented that!"

Alice has been married to Sheryl for 35 years and says the secret to their happy union is having respect for each other and never thinking about cheating.

He told Britain's OK! magazine: "Neither of us have cheated. It's wrong that people are shocked by that - that should be the norm. I remember some guys in our band who'd say, 'I'm only married when I'm not on tour.' But if you marry the person you love then you won't cheat on them."