Alice Cooper Would Never Weak Track On An Album

Alice Cooper says the secret to his longevity is to never put a ''filler'' track on any of his albums. 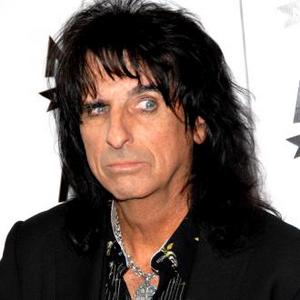 Alice Cooper would ''never put a filler'' track on an album.

The 'School's Out' rocker has released 26 studio albums in a career spanning four decades, and says the secret to his longevity is rooted in strict quality control.

He exclusively told BANG Showbiz: ''You never put a filler on an album. You never put a song on an album just because, 'well the guys in the band like it' or, 'We kind of like this song,' or it's a private joke.

''If it's not a great song don't put it on the album. If it's just a great risk, if the lyrics don't make any sense or its half a song then it doesn't belong on your album. You have to think about that album as 12 little jewels. It's like a necklace, if one of those jewels is an awful looking Jewel then it ruins the necklace. I think too many bands settle, like 'yeah that's good enough.'''

The music veteran was inducted into The Rock 'n' Roll Hall of Fame in 2011, and doesn't understand why this year Guns N' Roses singer Axl Rose refused to attend his band's entry to the institution or perform with the classic line up of the band.

He explained: ''It's a puzzle, you know, he's got his own puzzles. I know Axl very well but I've not seen him properly in over 15 years, he really has got his own world going on.

''I honestly don't know where he's coming from at this point. All the fans, you would think he'd wanna show up? For all the fans, all the Axl and Guns N' Roses fans, he could swallow his pride and do one last show.''