Alice Cooper once turned down Raquel Welch's advances, even when she begged to let her be his golf caddy. 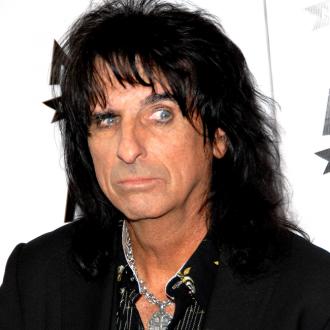 The 'Hey Stoopid' rocker was approached by the actress - most famous for her racy role as a sexy cavewoman in 1966 film 'One Million Years B.C.' - but he spurned her advances, despite the advice of his guitarist Dick Wagner.

Writing in his autobiography, Dick recalled how he and Alice were in Miami, Florida, in 1976, and ''we were invited up to her suite. I sensed something was going on ... At least in Raquel's mind.''

However, the singer - famed for his shock rock antics, which include being 'beheaded' on stage as part of his act - was devoted to his girlfriend, Sheryl Goddard, a dancer on his tour, whom he went on to marry.

Dick added he thought Alice was ''crazy not to allow himself to be seduced''.

Raquel's advances didn't stop there, and she approached the rockers as they played golf at the Doral Country Club the next day, where she asked Alice: ''Can I be your caddy? Please.''

The ever-virtuous rocker - who is still married to Sheryl - reportedly ''made a rather boisterous exit ... To the clubhouse.''

Dick's memoir, 'Not Only Women Bleed', is out now.