Alice Cooper has confessed he thinks One Direction's music is ''pretty good'' and admits he's become good friends with the band's Harry Styles. 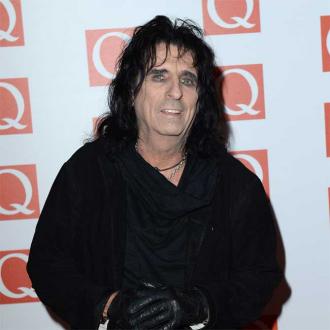 The 67-year-old rocker - whose real name is Vincent Damon Furnier - has revealed he's become good friends with Harry Styles and is fan of the music he makes with bandmates Niall Horan, Liam Payne and Louis Tomlinson.

Speaking at the Kerrang! Awards, he said: ''You listen to their records and they actually make stuff that's pretty good - not just the same old.''

The 'Poison' hitmaker also revealed how he became pals with Harry, 21, after being introduced by their mutual friend, 'Pirates of the Caribbean' actor Johnny Depp, at his Los Angeles home.

He told The Sun newspaper: ''I met Harry through Johnny. They're friends. Johnny's house in LA is where everyone congregates. We hung out there.''

Meanwhile, Alice - who legally changed his name to that of the band for which he was frontman in the 70s before launching a solo career - recently announced his new album 'Hollywood Vampires' featuring Sir Paul McCartney, Dave Grohl and Depp is ''done, mixed and ready to go''.

He said previously: ''The album's done. It's mixed, ready to go and I'm very, very happy with it. I'm really happy with all the stuff on it. McCartney's on it. [Ringo Starr's drummer son] Zak Starkey's on it. Dave Grohl is on it, [AC/DC frontman] Brian Johnson, and in places where you wouldn't expect them to be, that's the cool thing.''