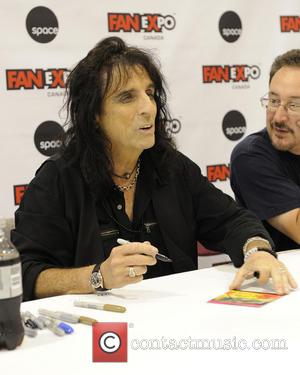 Alice Cooper has been hit by the charity supergig bug after kicking off 2014 in Hawaii onstage with Steven Tyler and Sammy Hagar - he is reteaming with the former Van Halen frontman for another fundraiser.

Money raised at the gig will benefit sufferers of the neurological disorder known as multiple system atrophy.

The all-star charity rock gig will also feature Vince Neil and System of a Down drummer John Dolmayan, while actor Bill Murray will serve as host alongside celebrity chef Kerry Simon, who was diagnosed with Msa last year (13).